I love that I get to work with siblings. I had the pleasure of taking Eric's sister's pics a few years ago and so was quite happy to hear it was time for her younger brother to spend time with me and my camera in tow. Like many senior guys, Eric's mom mentioned he wasn't exactly over the moon about having his pictures taken, but what a great sport he was. He was thoughtful and took my posing prompts to heart and did a terrific job as you can see! He might have felt awkward at the time as I was calling out "put your foot here, your arm there, lean in, tilt your head" and a sting of other instructions, but boy the end result is a very confident and self-assured look! A couple of times he even reminded me a bit of a young Tom Cruise as I framed him in my viewfinder! He is a handsome dude for sure and I had a pretty easy job capturing some striking images.

I thought Eric did a great job with outfit choices, too--looking dapper in a dress shirt and tie, outdoorsy in his plaid, and casual cool in his hoodie. And varsity jackets will never go out of style! By wearing the same pair of jeans for the second part of his shoot, he was able to make a couple quick changes that added a nice variety of looks! I am a big fan of quick changes--especially when covering a large area such as the arboretum. I give him an A+ for the thought he put into how he wanted to look and could tell he felt like himself. I always recommend clothing that seniors not only like, but also that they are comfortable wearing!

Eric keeps a very full schedule as a senior. He is involved with swim team, cross country, National Honor Society, and plays trumpet in band. He is also an Eagle Scout, earning the rank last spring. Plus he has worked as a lifeguard for the past two years! As far as future plans go he is interested in scientific research and is planning on majoring in biology or biochemistry.

I enjoyed meandering around the beautiful stirrings of fall at the arboretum with Eric and his mom. It was such a pleasant evening weather wise and they were pleasant company! Eric has two younger siblings, so perhaps I will have a chance to repeat the process a couple more times again in the future with this wonderful family. I hope Eric has a fun-filled senior year and much success as he heads off to college in the fall! 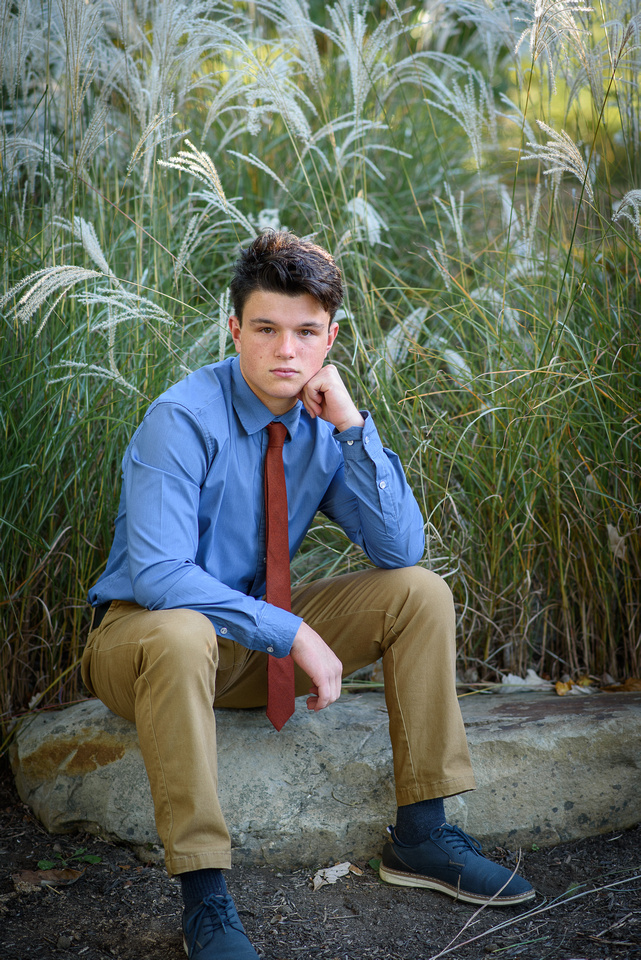 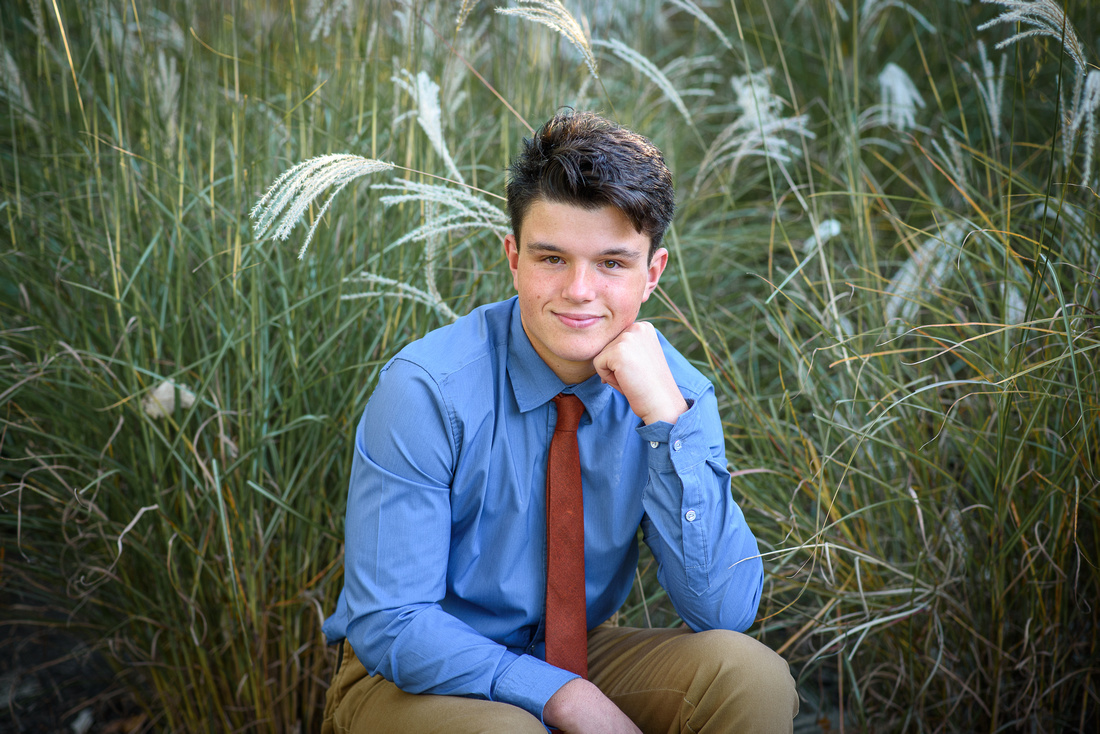 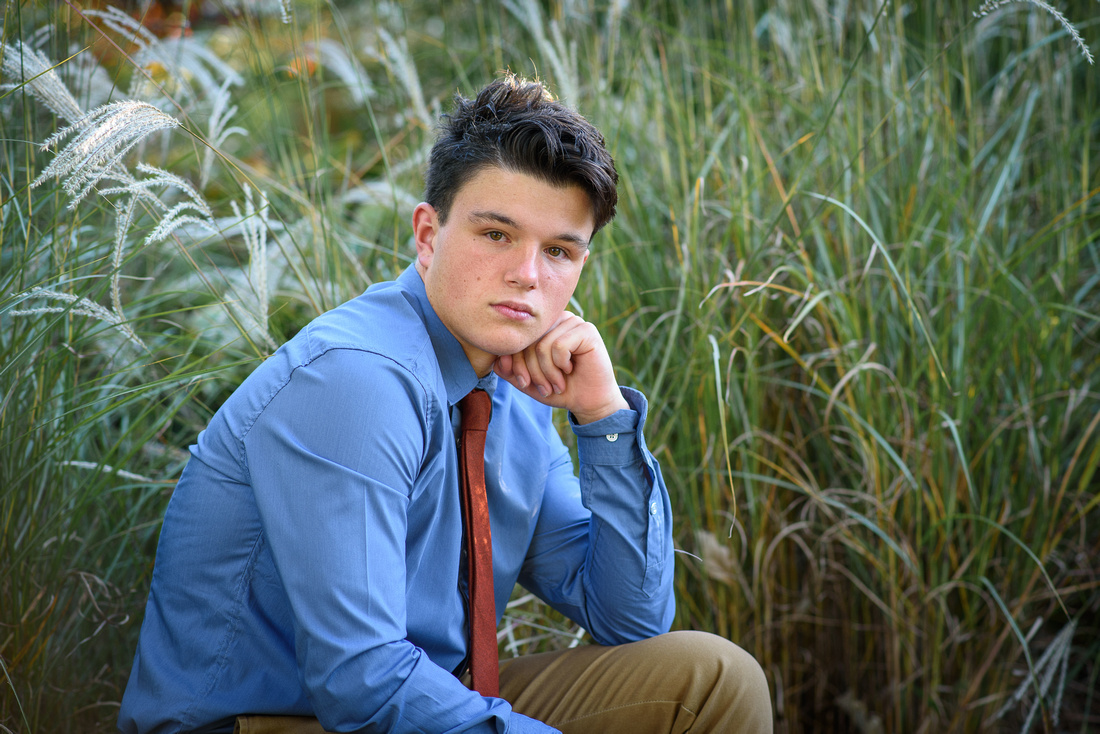 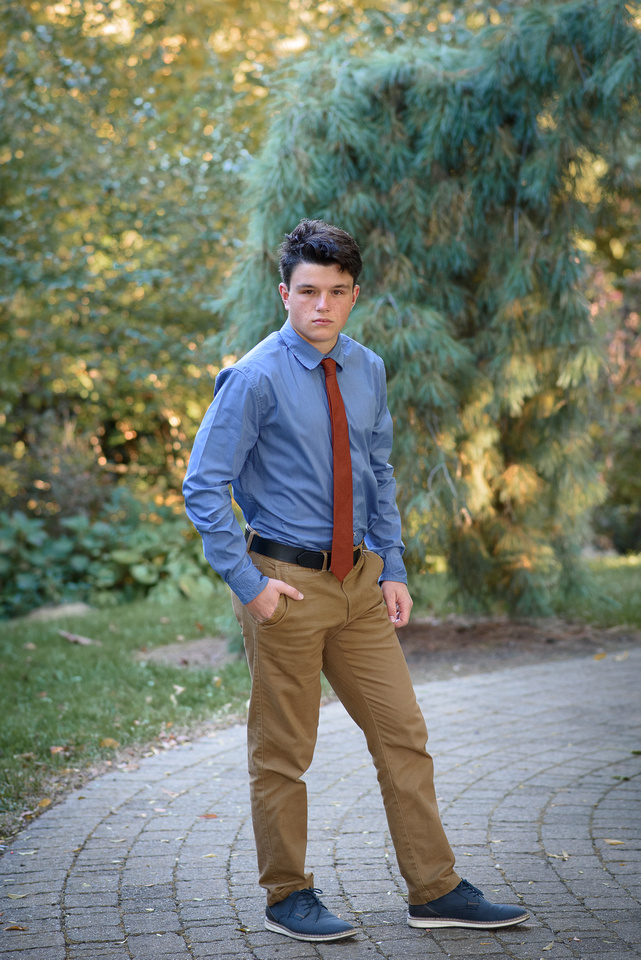 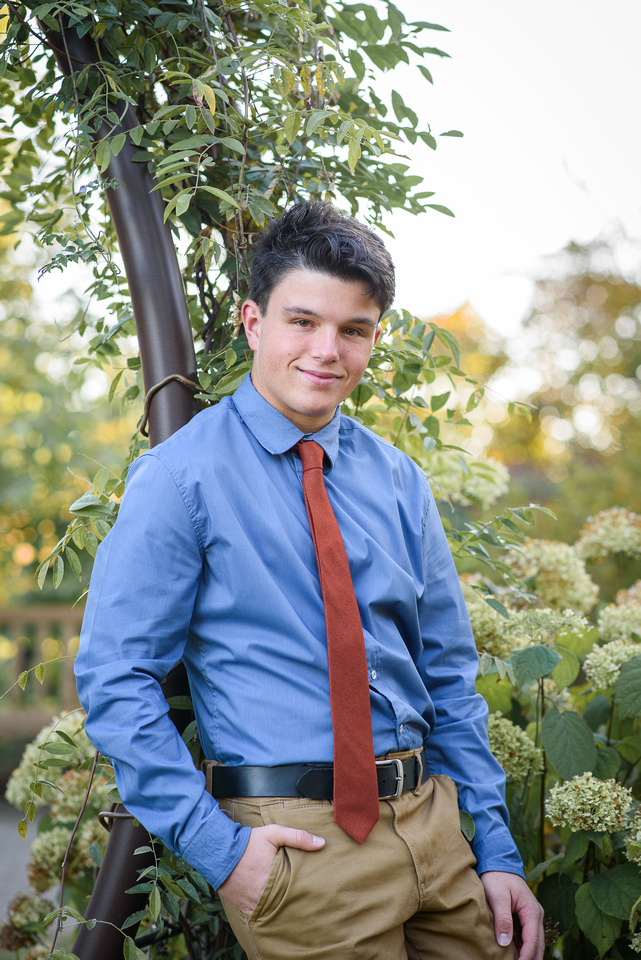 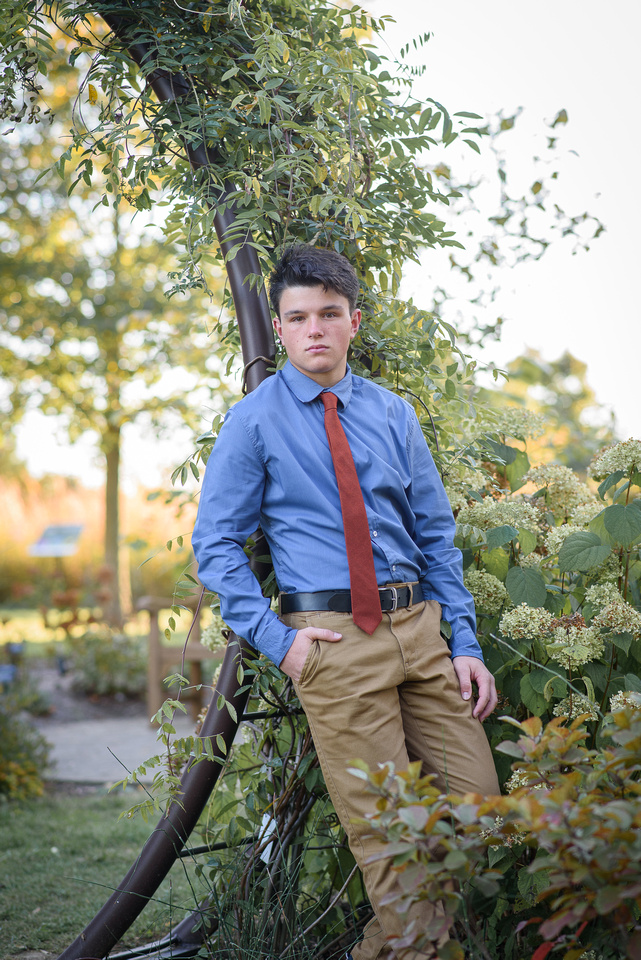 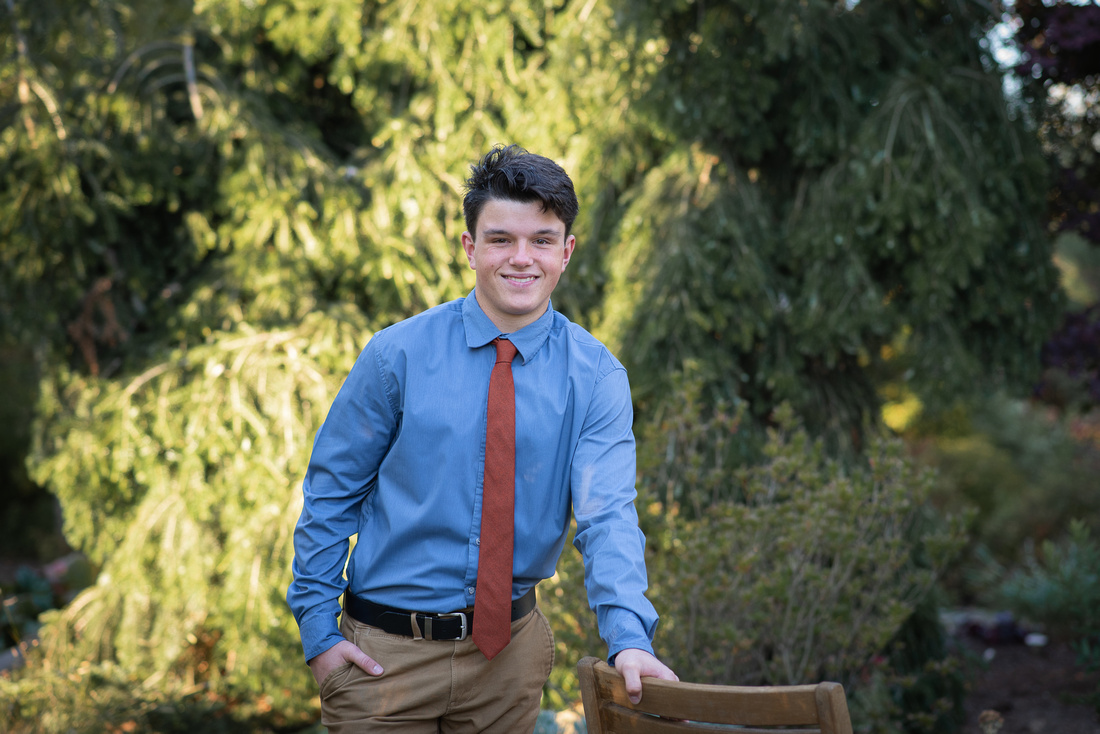 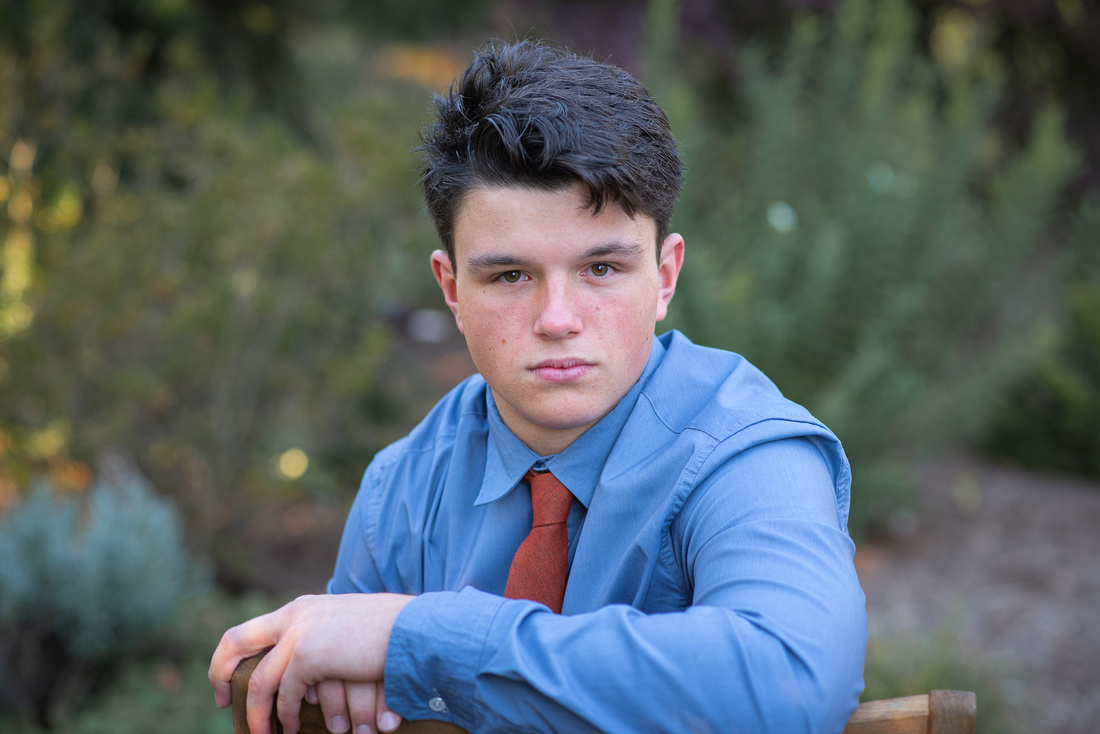 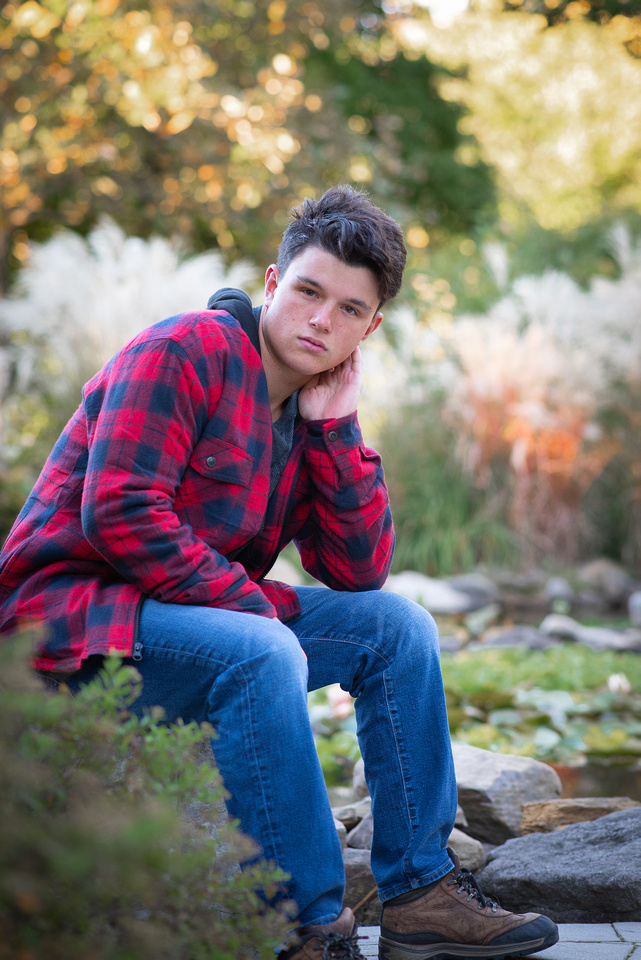 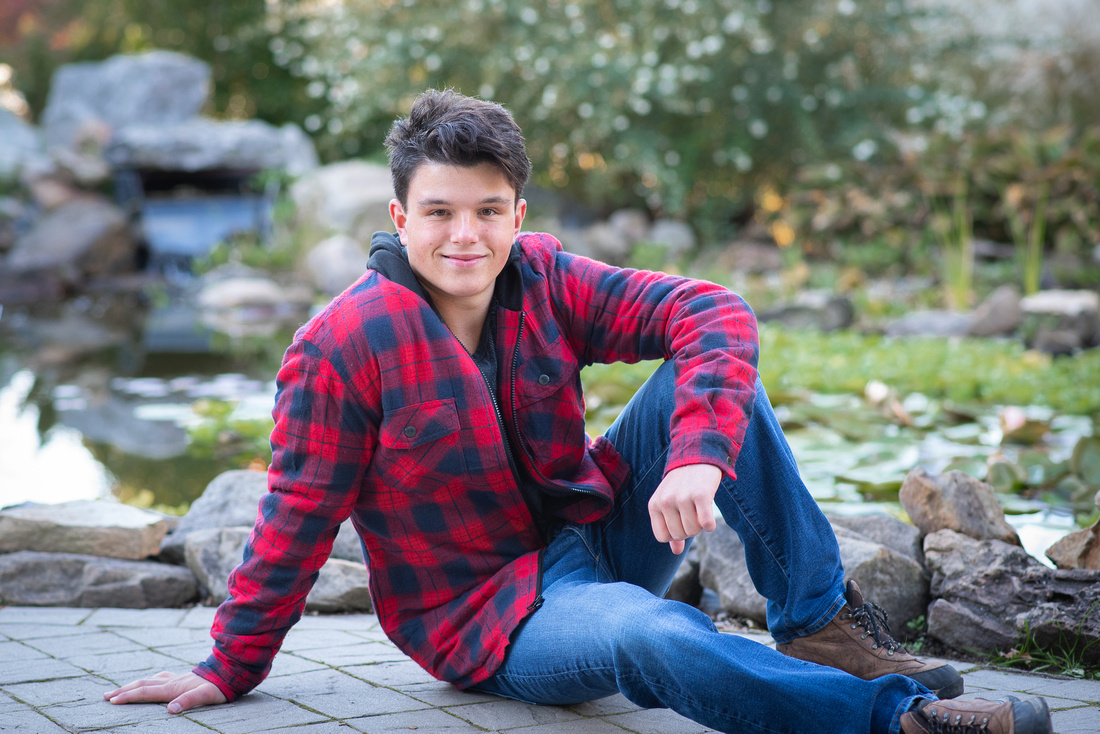 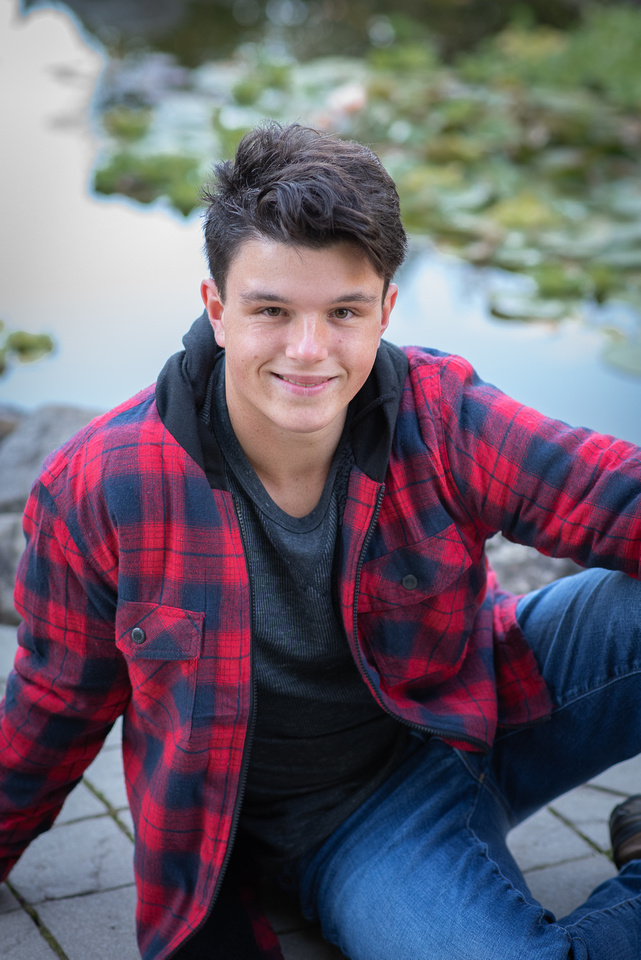 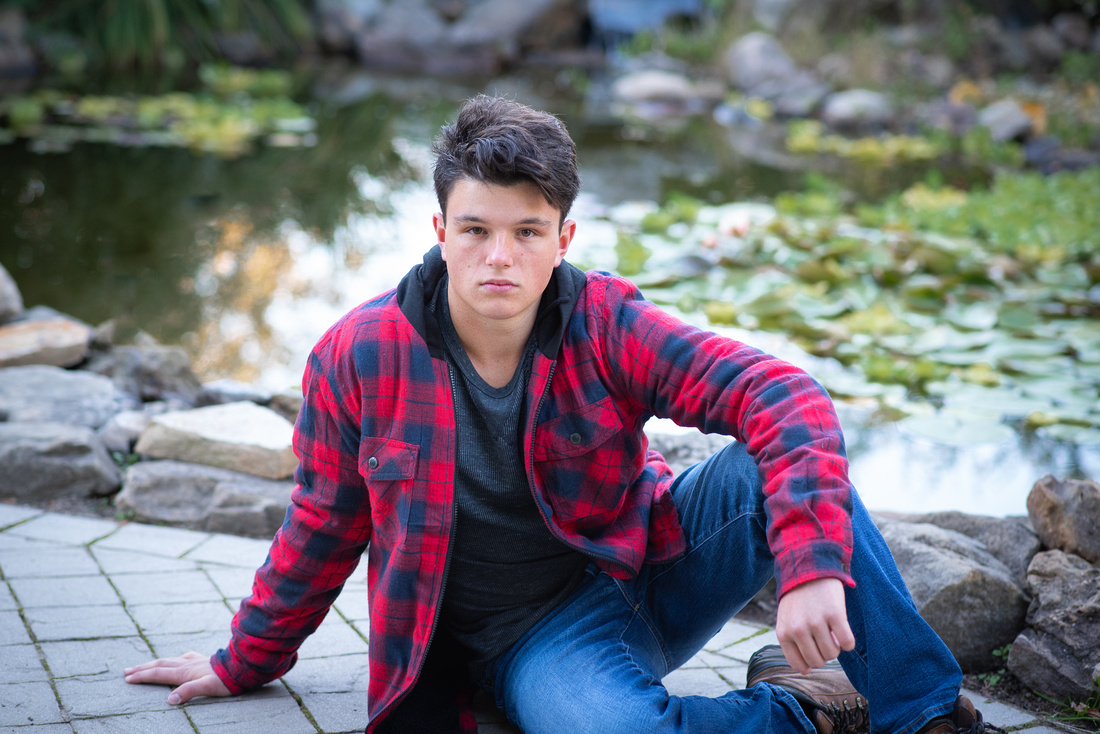 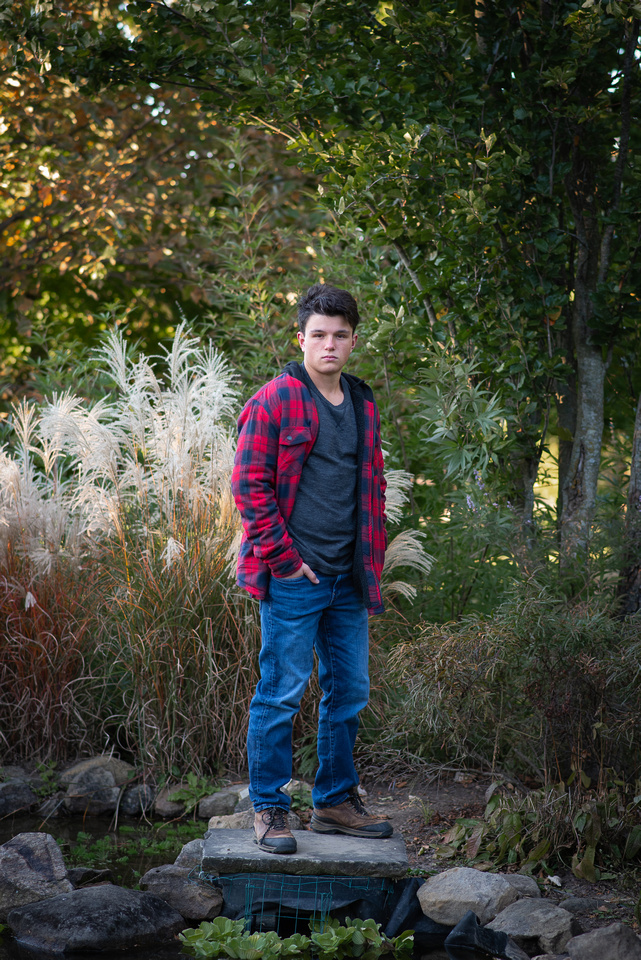 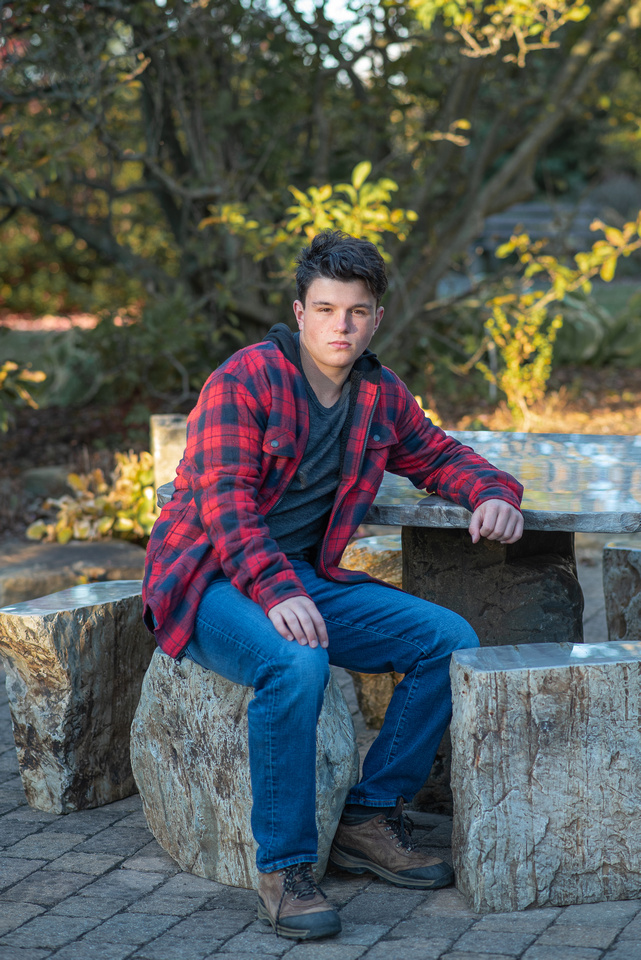 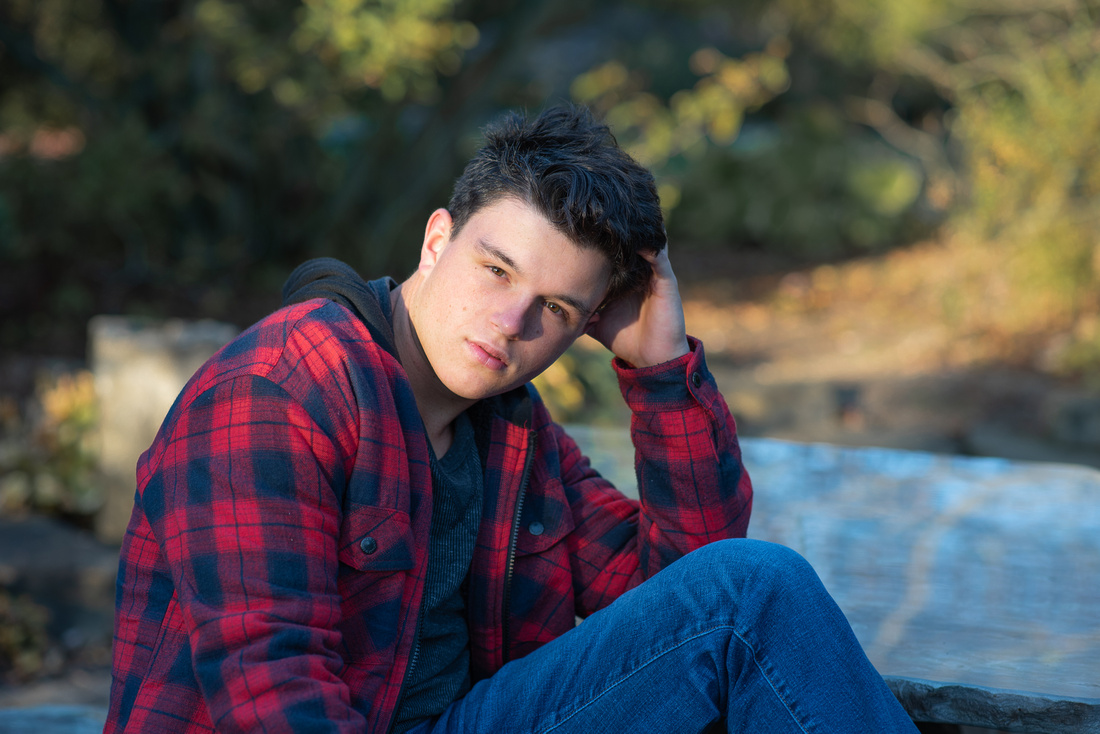 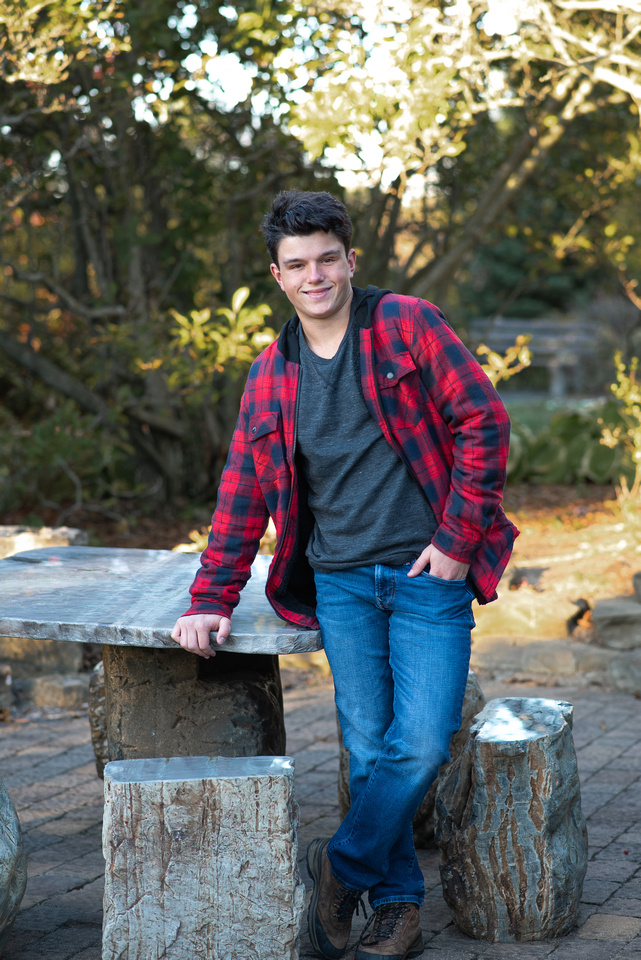 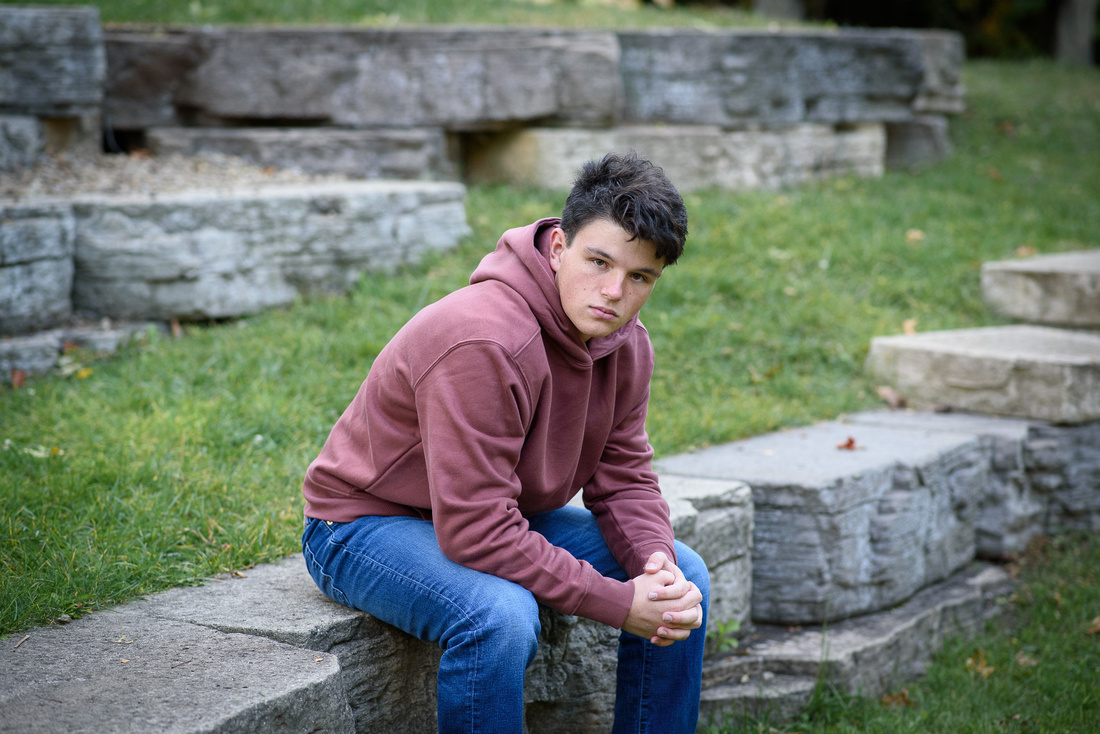 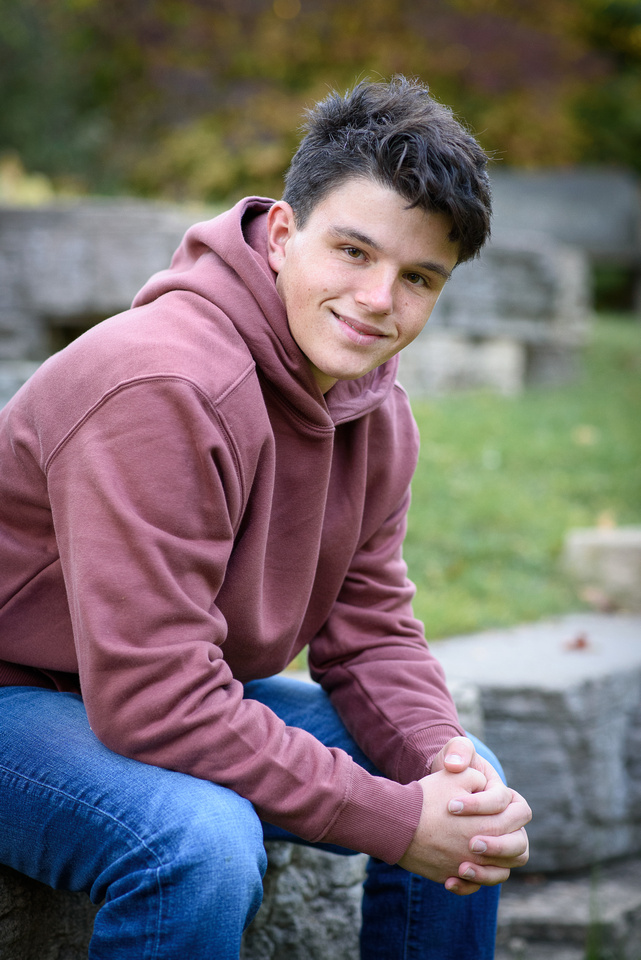 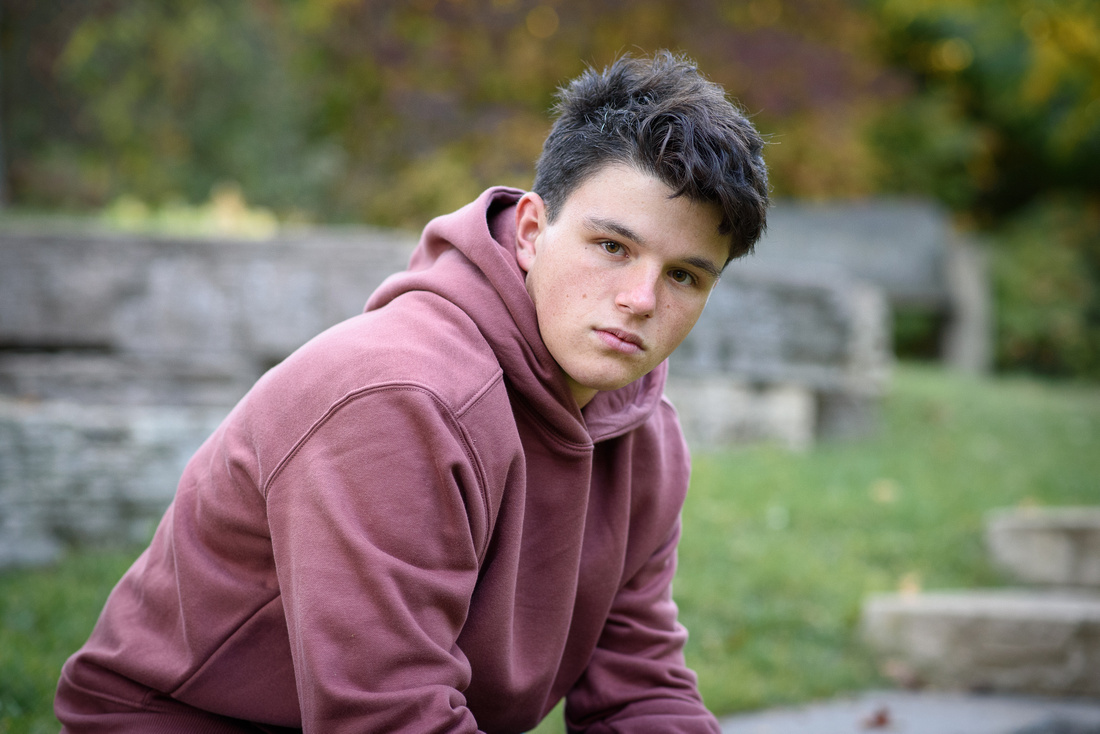 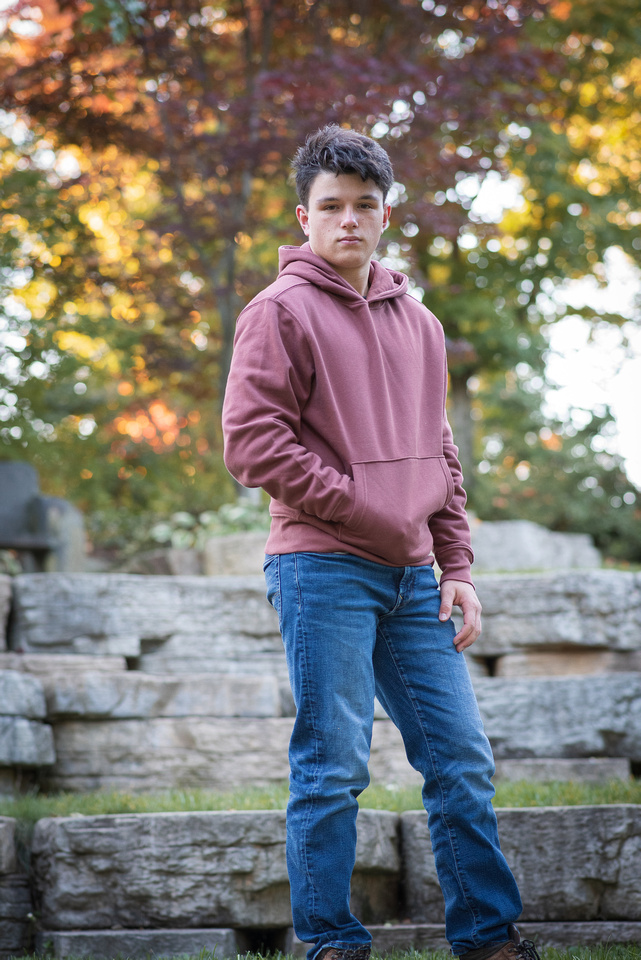 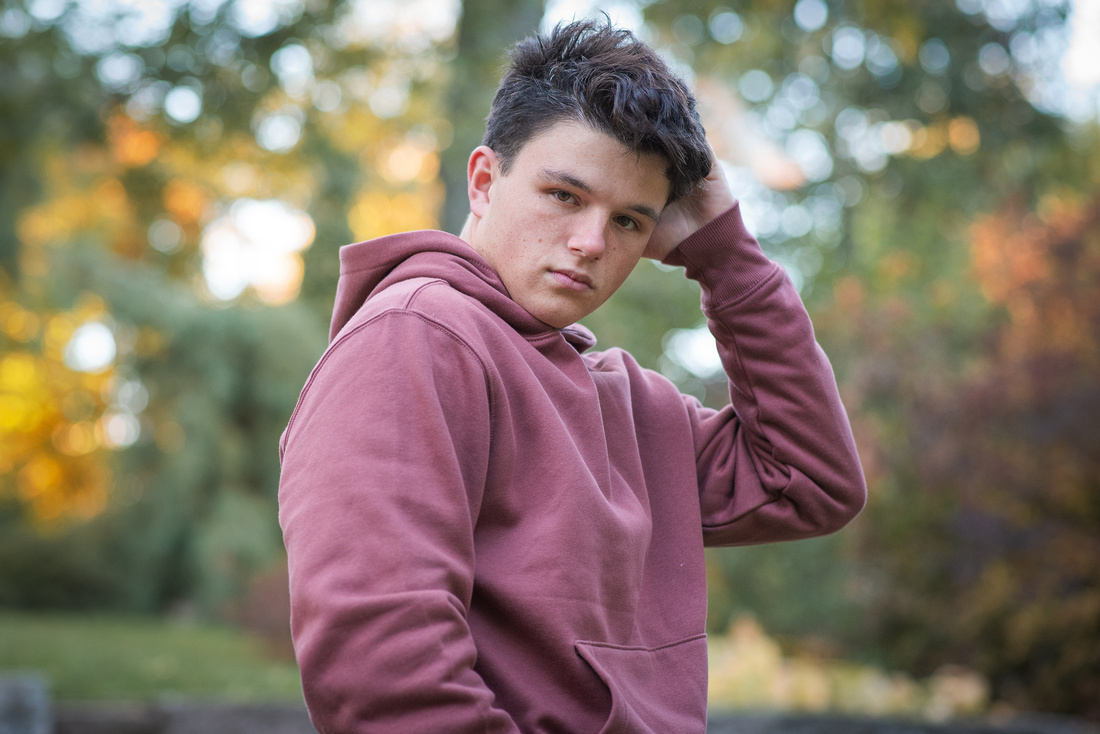 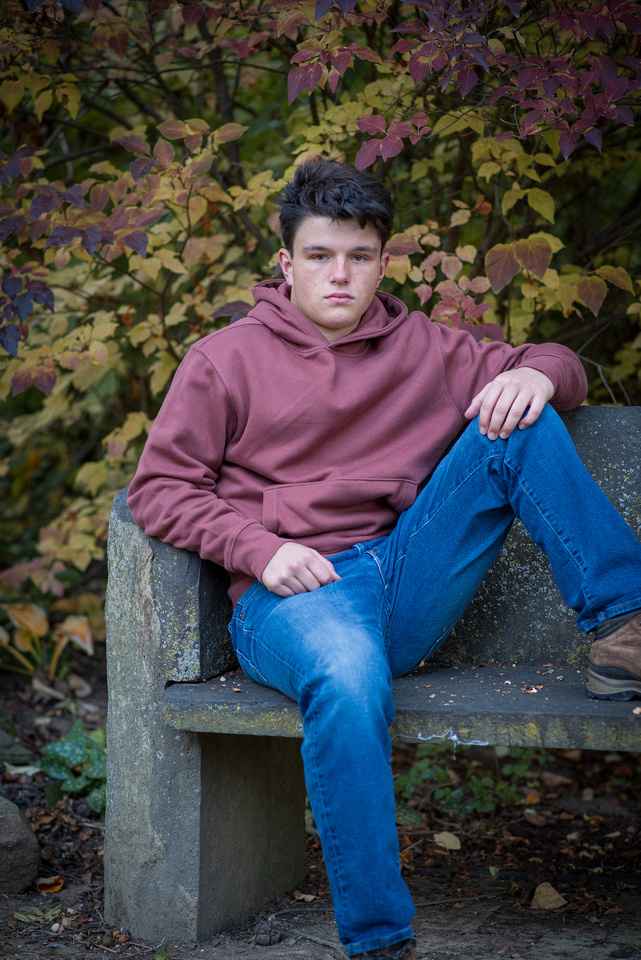 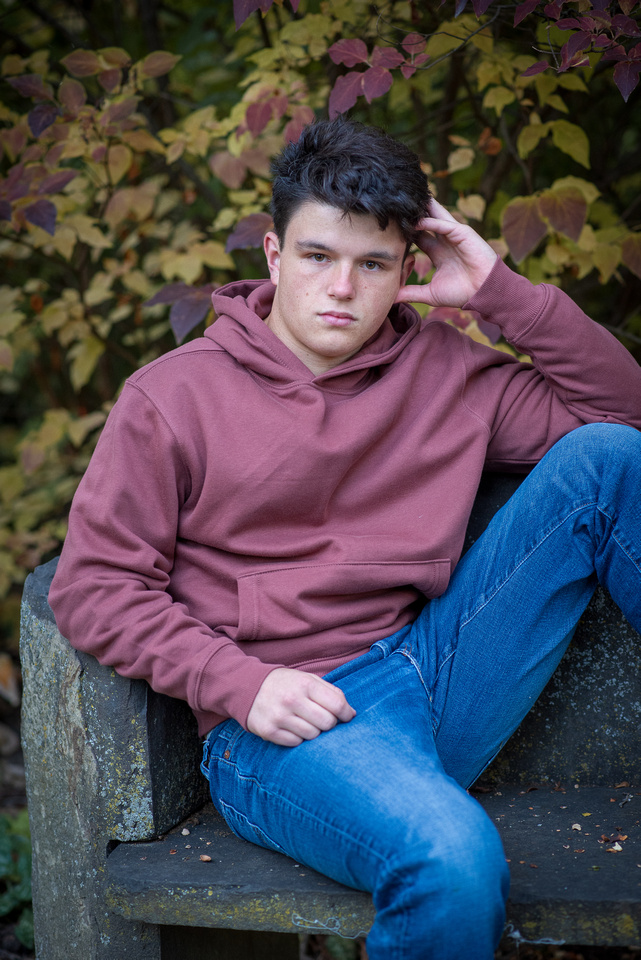 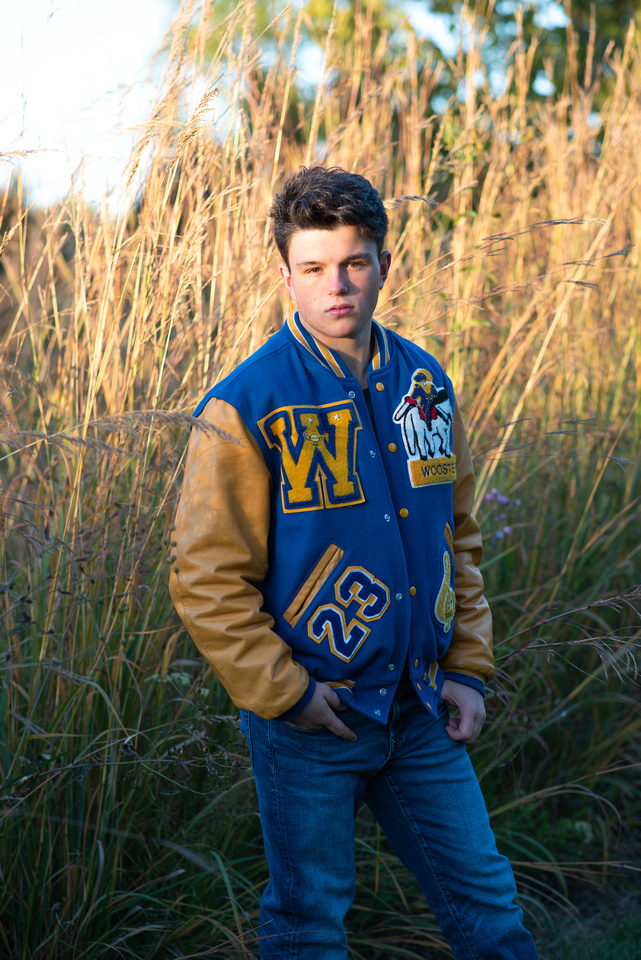 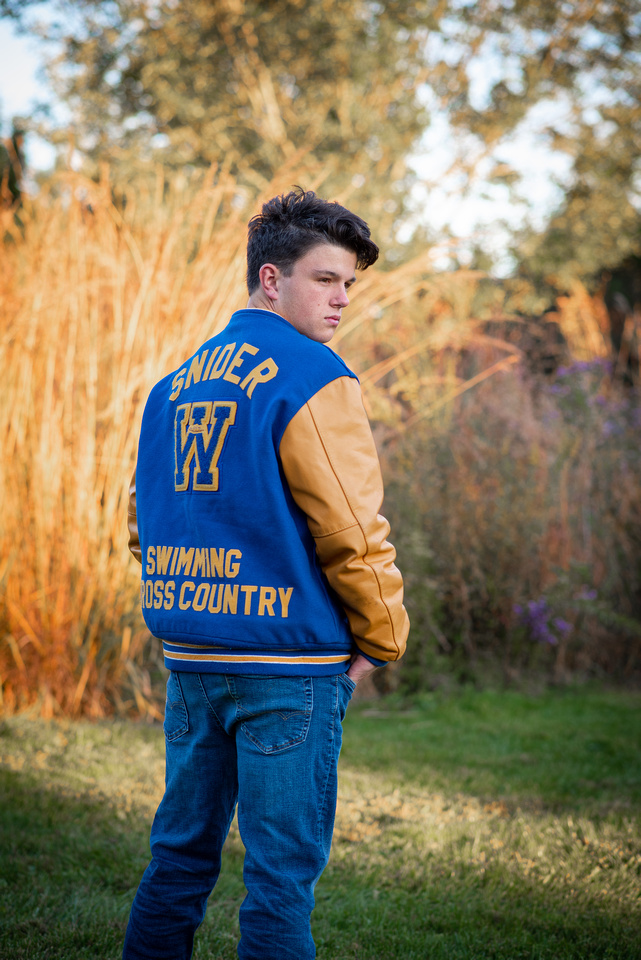 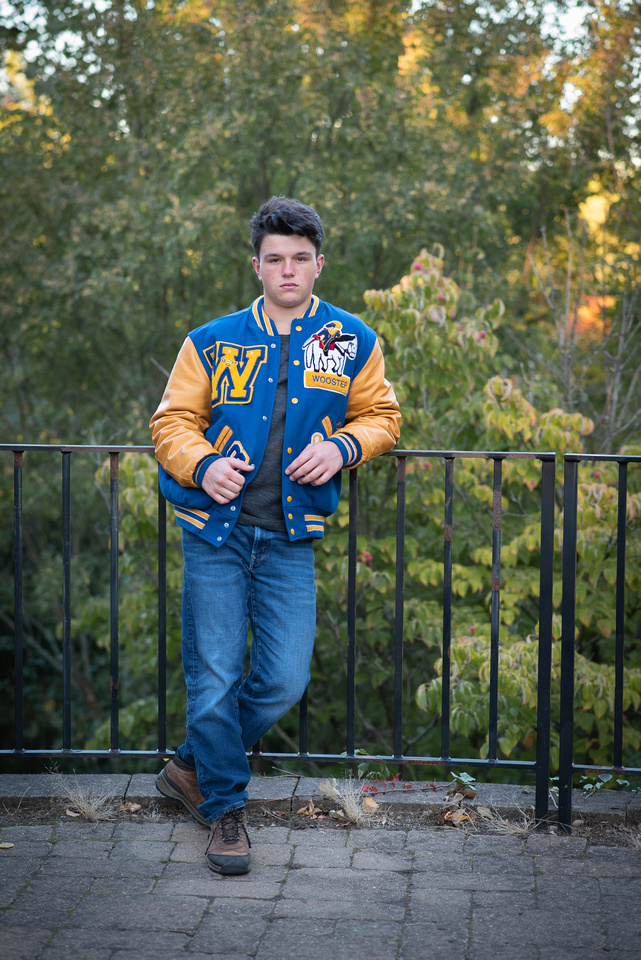 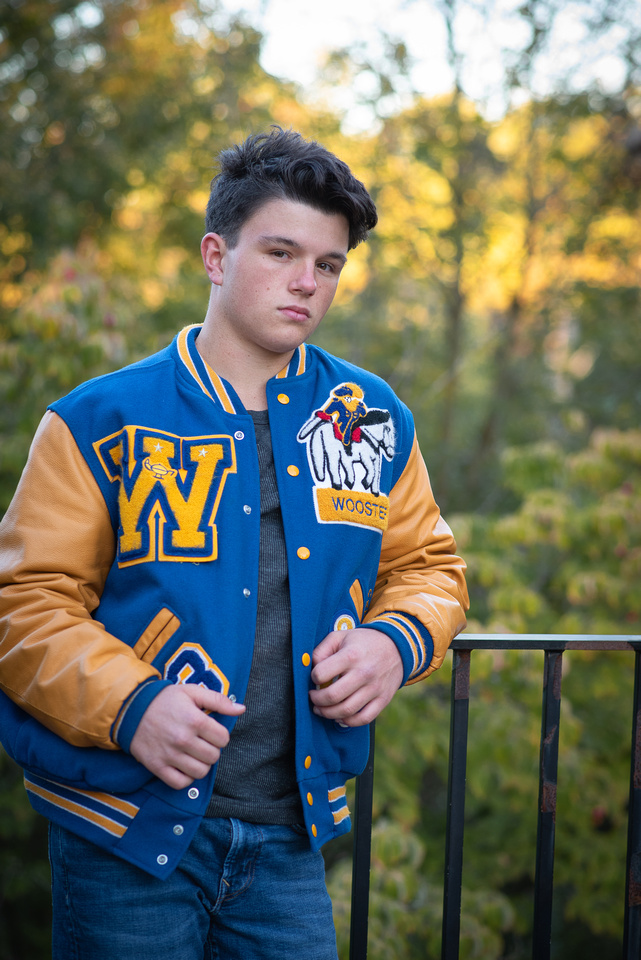 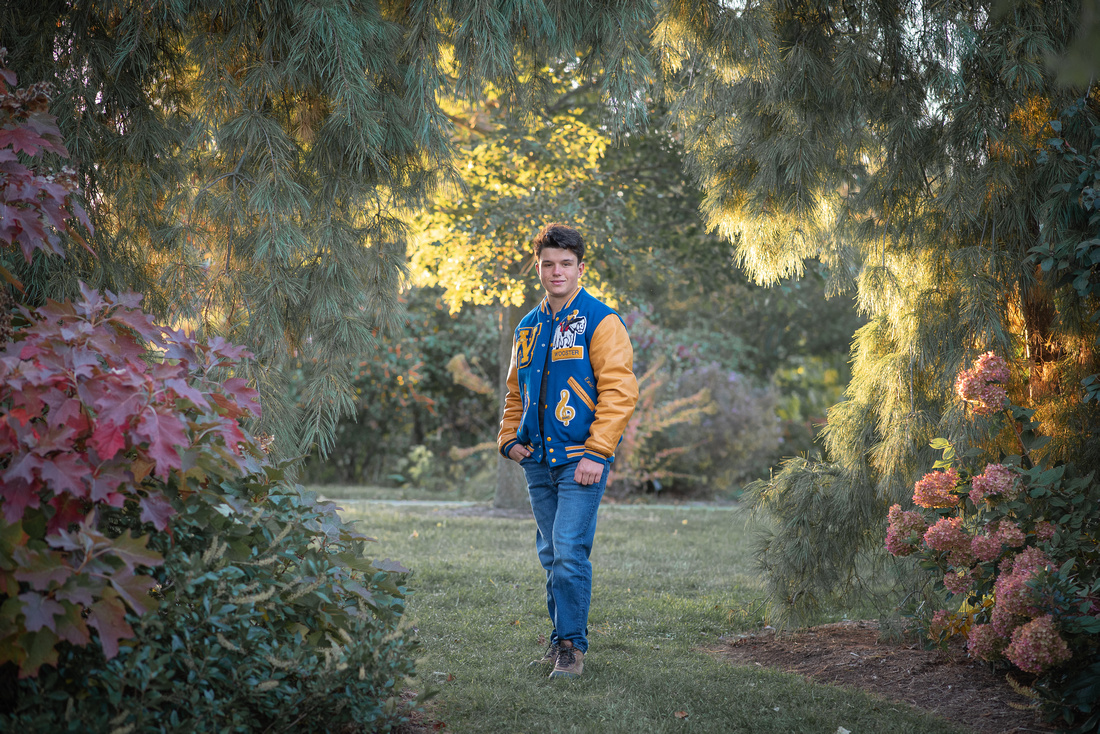 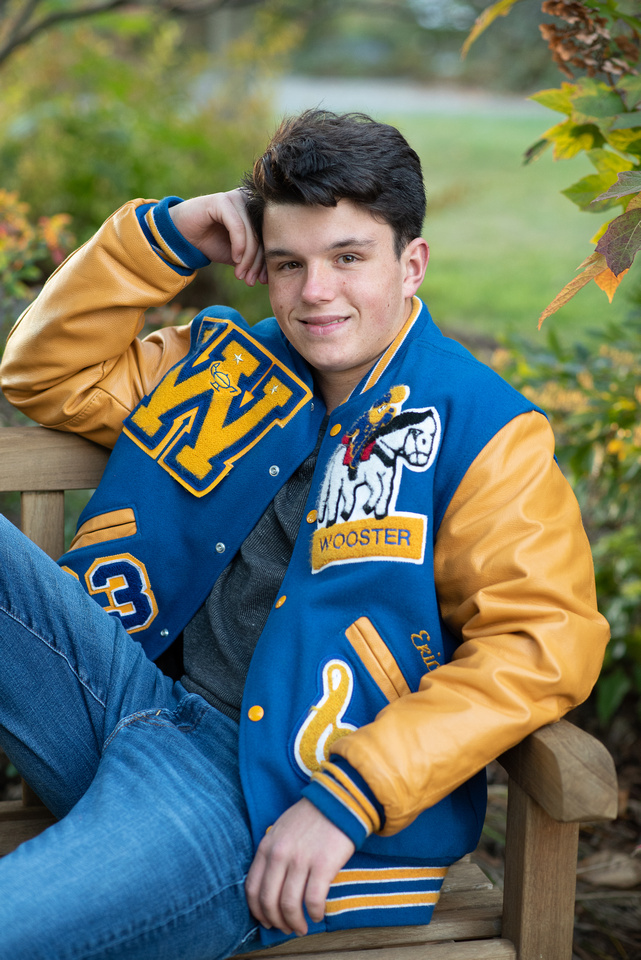