Laura selected the College of Wooster for her main shoot and we also did a little side jaunt to Ramseyer Farms a few days later to snap some pics in their pretty sunflower fields. We started off the College of Wooster session capturing a few images with her adorable pooch. Her doggie did great--even got her to look at the camera! We then moved on to find some shadier spots on campus, as the early evening sun was still coming in strong. Love the cute shots with the yellow Adirondack chair! When Laura was a child, she had posed with a statue of a young girl with birds that can be found on the grounds. So, of course, we had to find the statue and recreate the childhood shot of her mimicking the stature. So sweet! Laura did a great job posing like the statue. I think you can tell she has had some prior ballet and dance training in her past--her arms have good, elegant lines as they say! We also found a rock that she climbed on as a child. She reminded me a bit of Ariel on that rock--except with dark hair and glasses:) Almost expected her to break out into "Part of Your World".  And fun fact, she could probably belt that tune out nicely. This girl can sing! But more on that later in the post!

After the rock pose, it was time for an outfit change. Her luminous green dress was a beautiful choice and showed off her luminous dark eyes! Her mom calls them Sophia Loren eyes and wow did they ever pop with that glorious shade of green! Laura truly does have the most striking eyes, doesn't she? We lucked out with some beautiful lighting as the sun descended and softened. Lighting is so different with each day, but this light was so glow-y and magical. Combining the lighting with the architecture and those lovely eyes, Laura looked like a princess from a fairy tale.

We had another sunny bright day for the sunflower shoot at Ramseyer Farms. Laura works at Ramseyer, so this was an extra-special place for her to have her senior portraits taken. It was near the end of sunflower season, but still plenty of bright and beautiful flowers dotting the extensive fields. Loved the sunflowers that look like pompoms in the second sunflower pic. I've never seen any that look like that before! We took full advantage of golden hour, especially with the piano pics; the lowering sun streaming its rays on the side of Laura's face and framing her beautifully. The blue truck looked so pretty with her flowery dress as well! We ended the shoot at sunset under the Ramseyer Arch, the sun now orange and dipped just below the horizon, creating an orangey cast on the surroundings. As we made our way out, we passed by the areas where they put Laura to work--she helps with their kids activities. There was a fenced in area with goats and Laura had to stop and pet her favorite goat. I was tempted to have her jump over the fence and join the goat for a few pics, but alas did not want to get her or myself into any trouble--ha!

Laura is interested in majoring in journalism when she goes off to college. Her current activities include working on the school newspaper and drama club. And speaking of drama club, you know how I mentioned she can sing? In November Laura will be playing Deb in Elf the Musical. Deb is a featured role and she has a great solo song. So break a leg, Laura! I enjoyed spending time with you during your senior shoot and hope you have an amazing senior year! 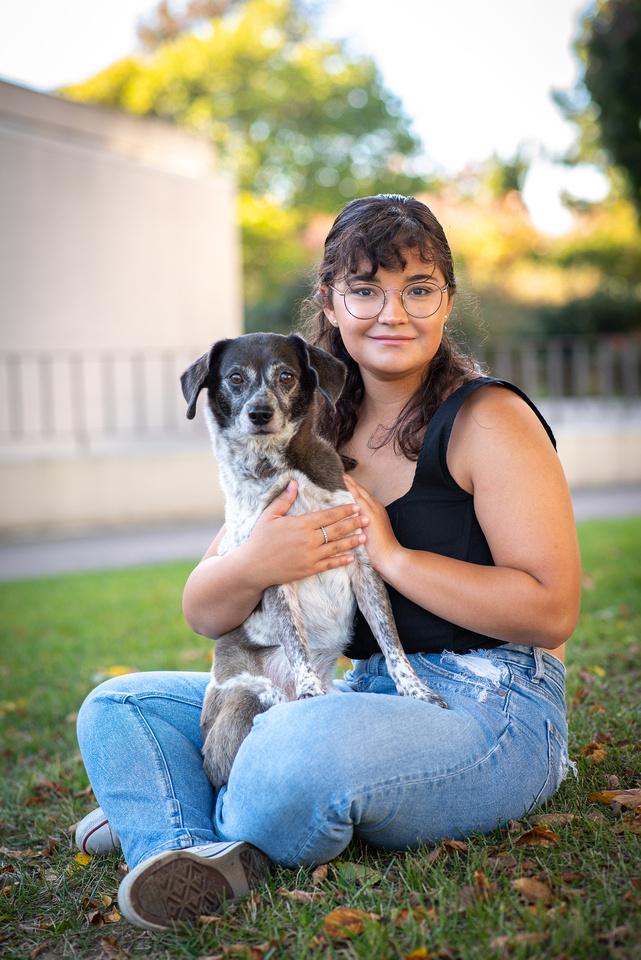 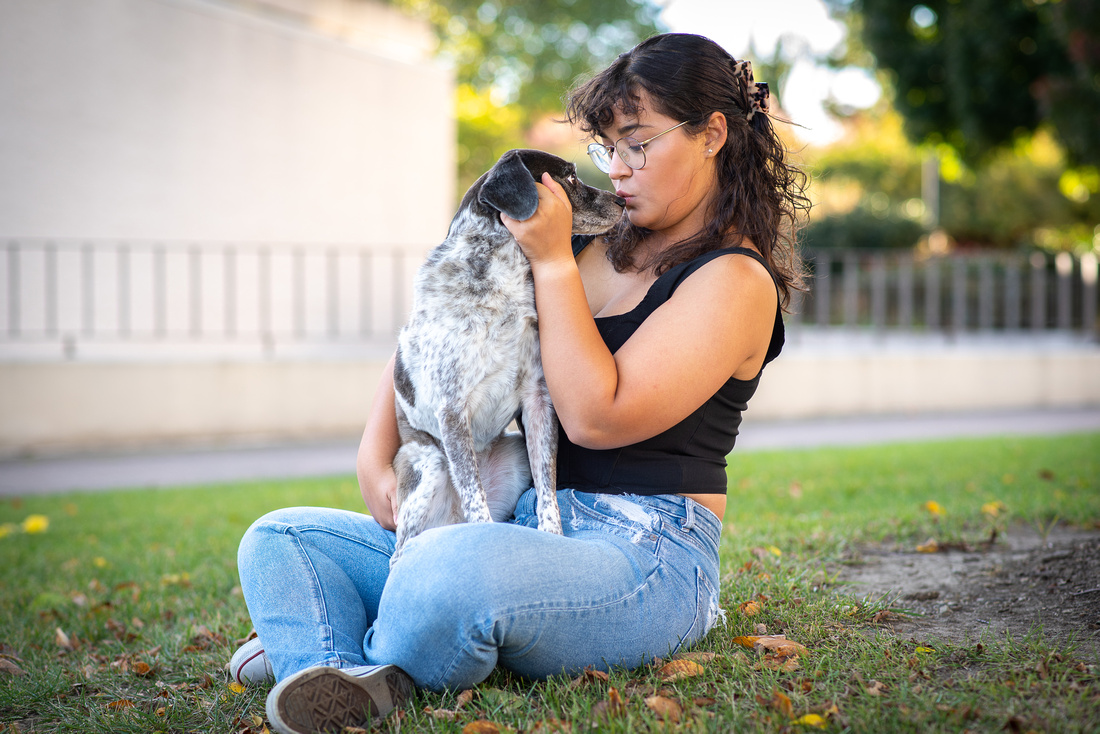 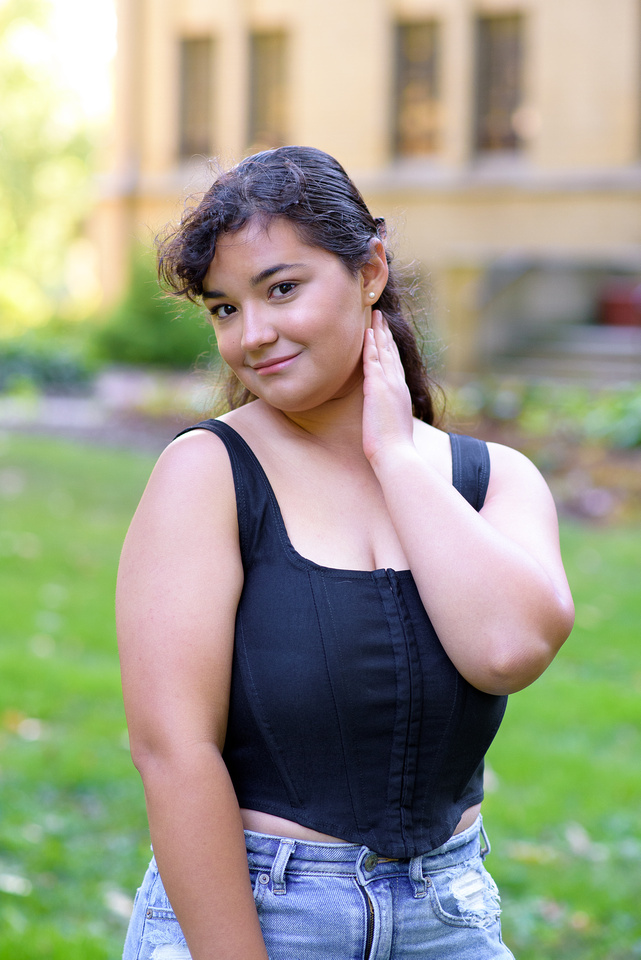 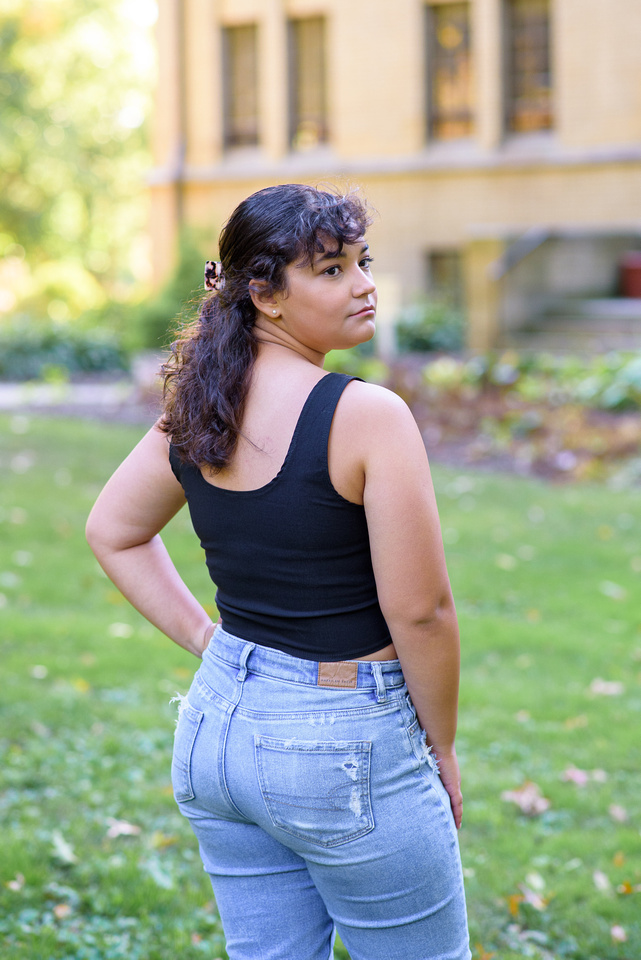 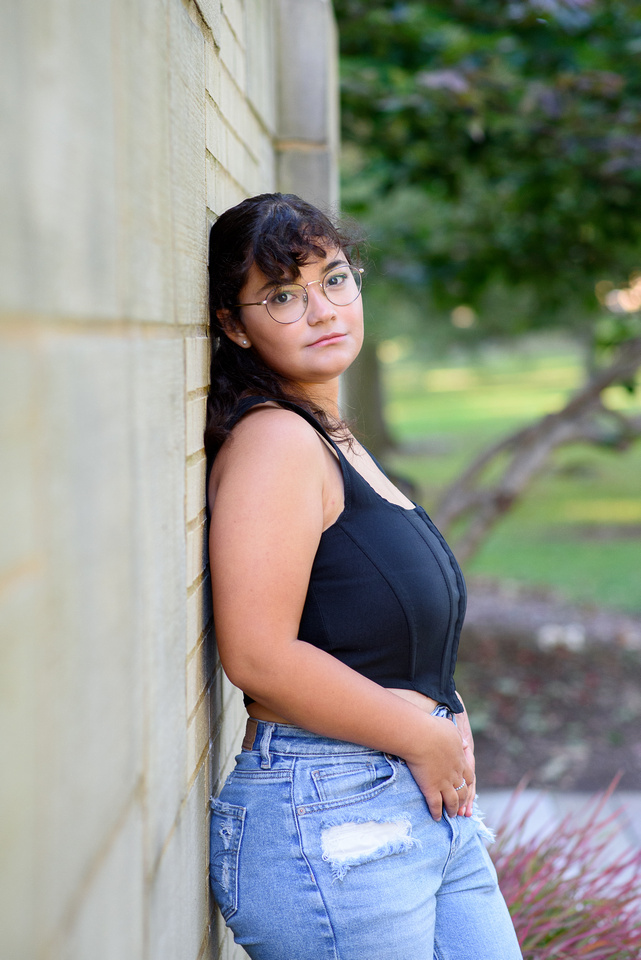 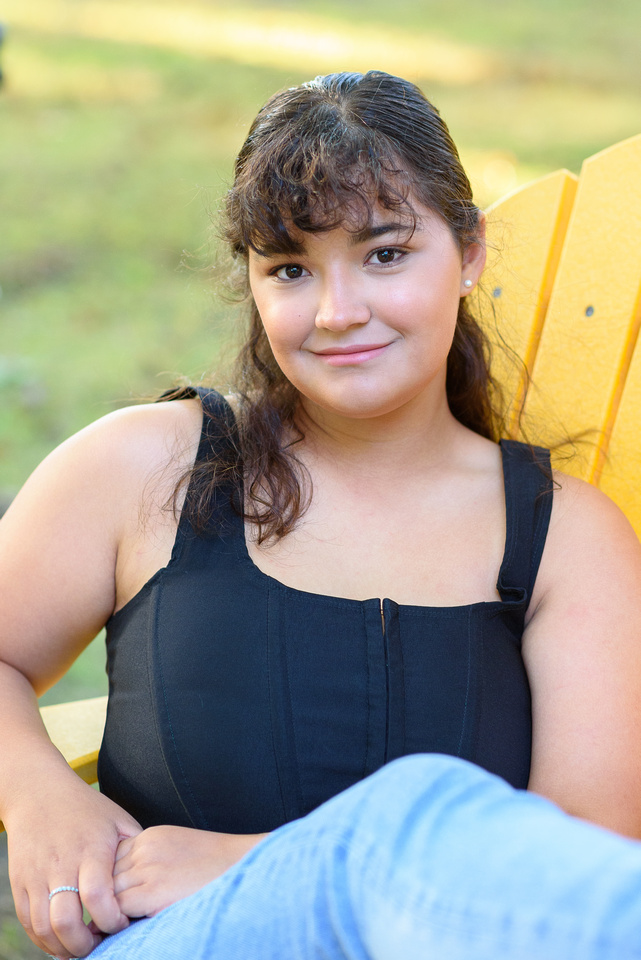 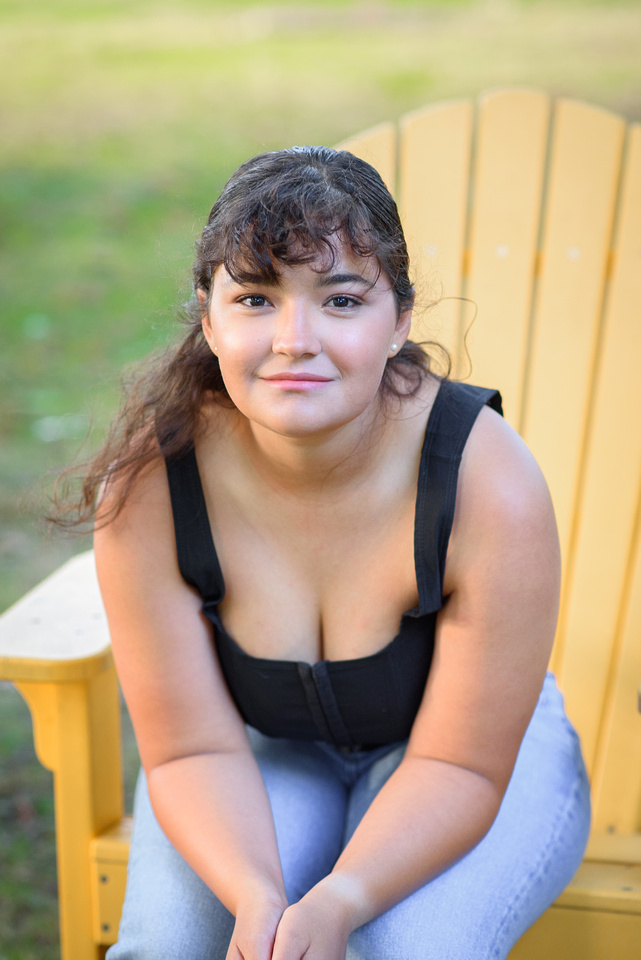 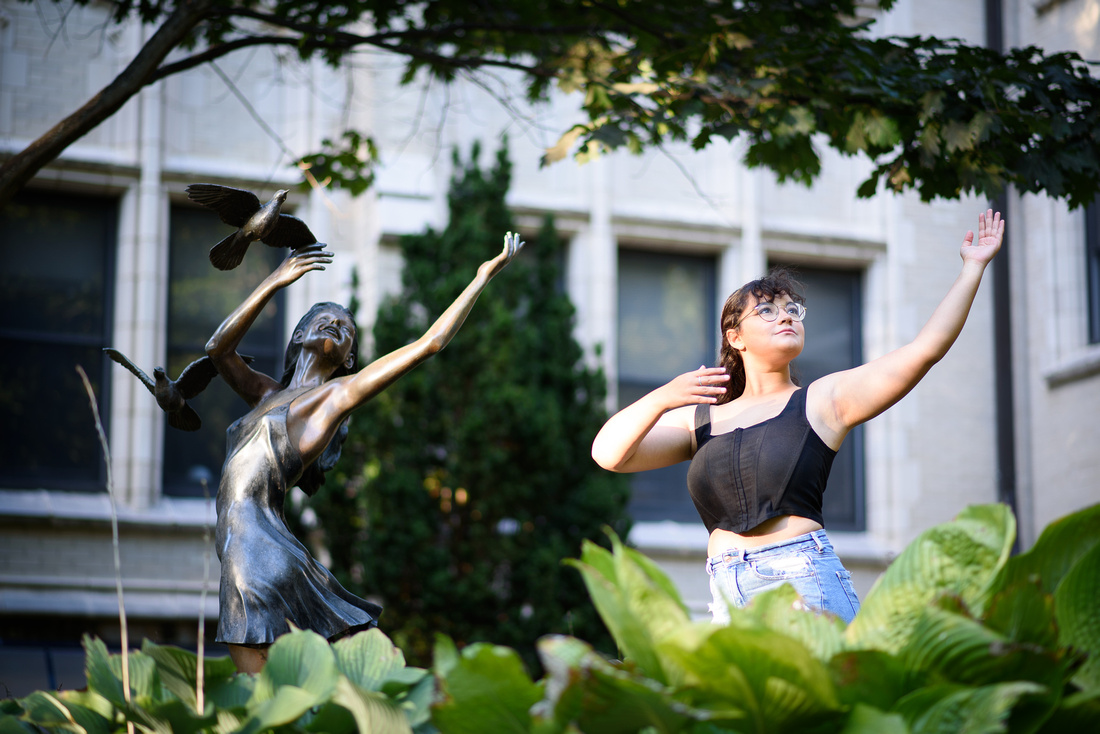 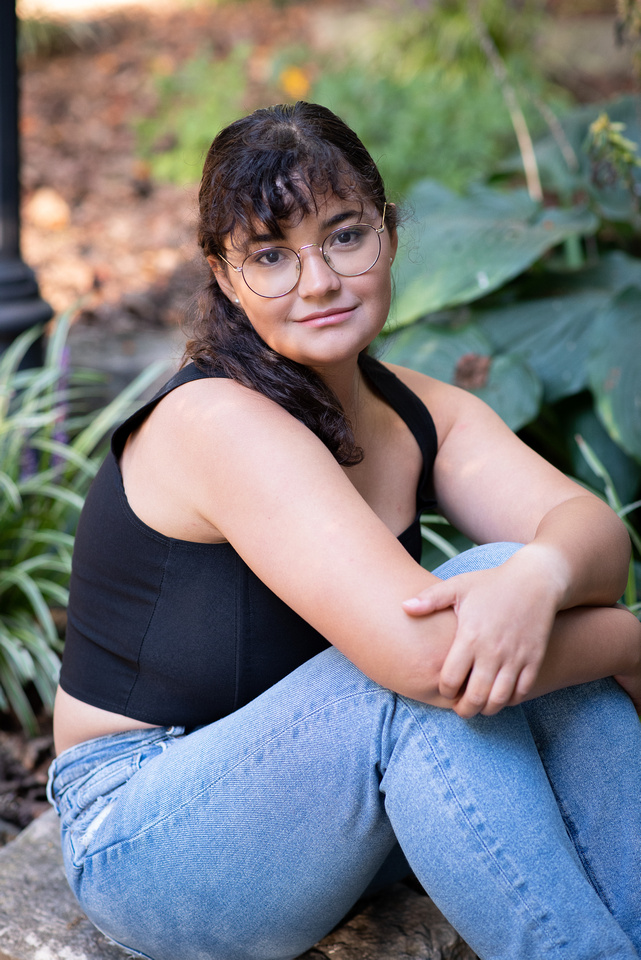 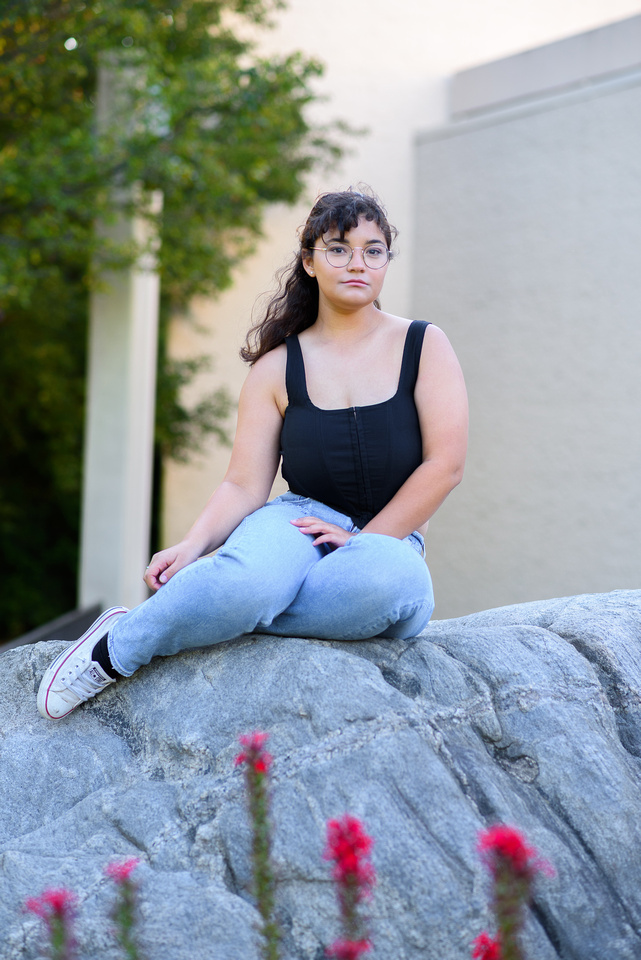 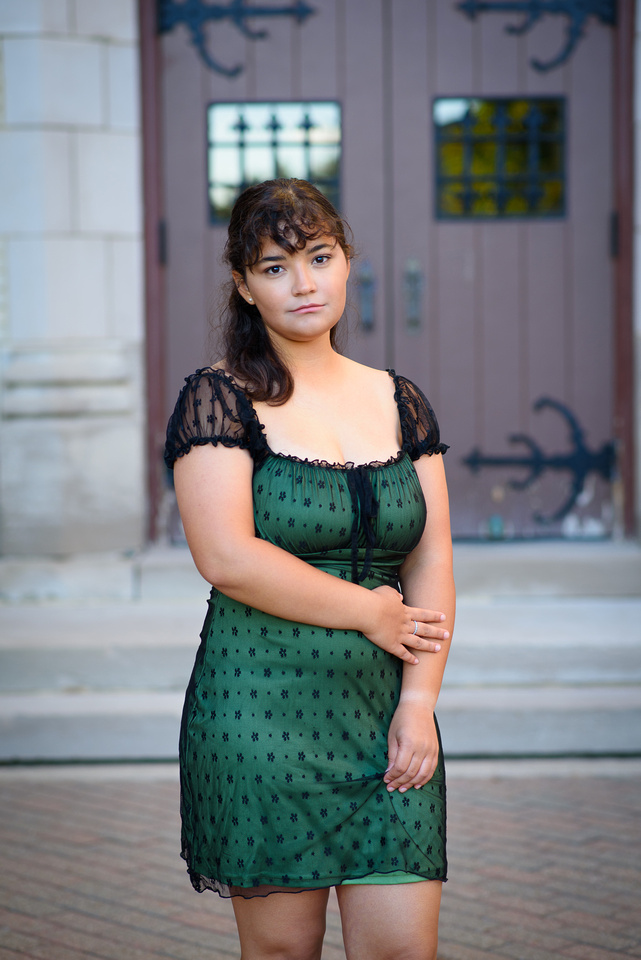 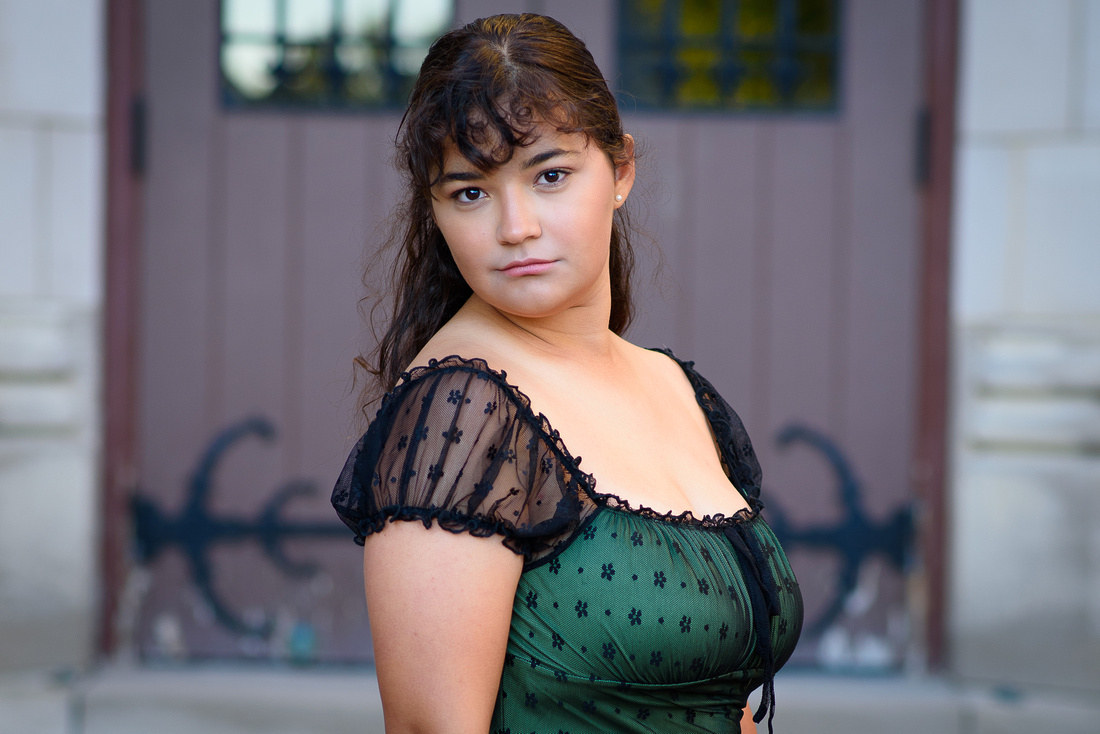 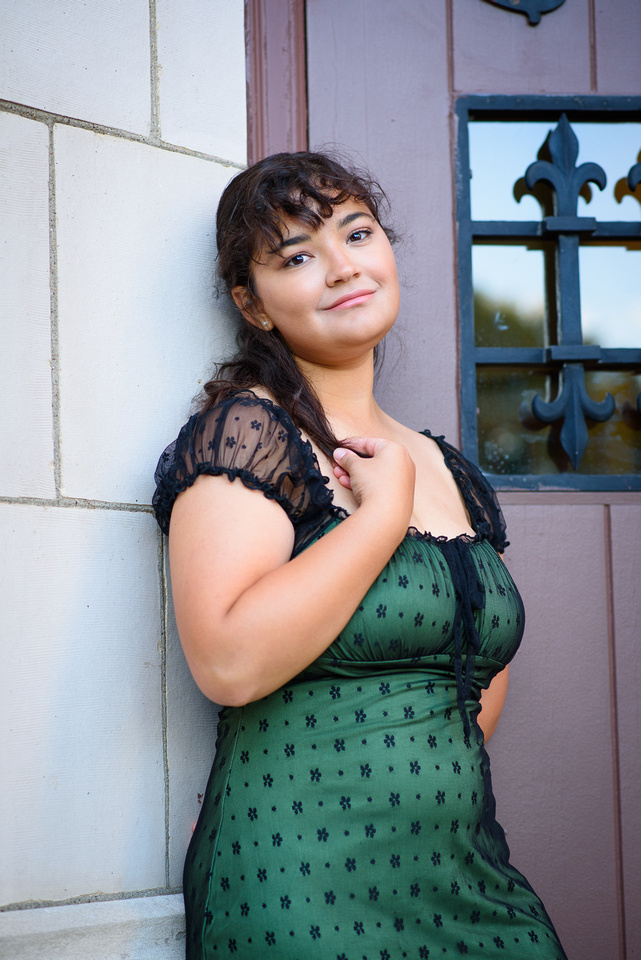 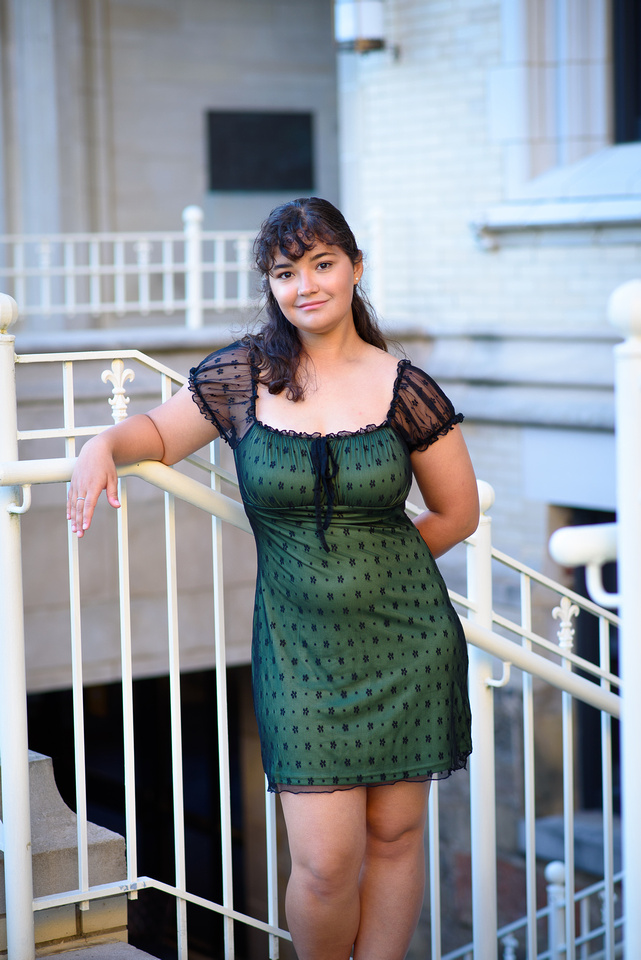 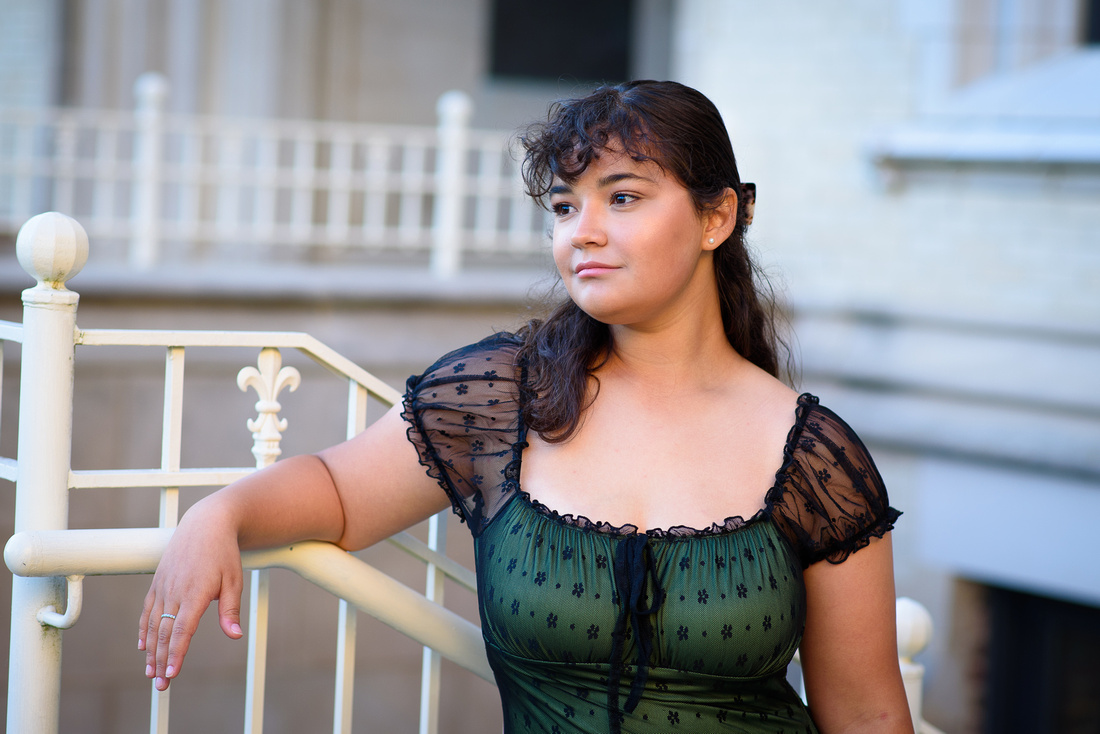 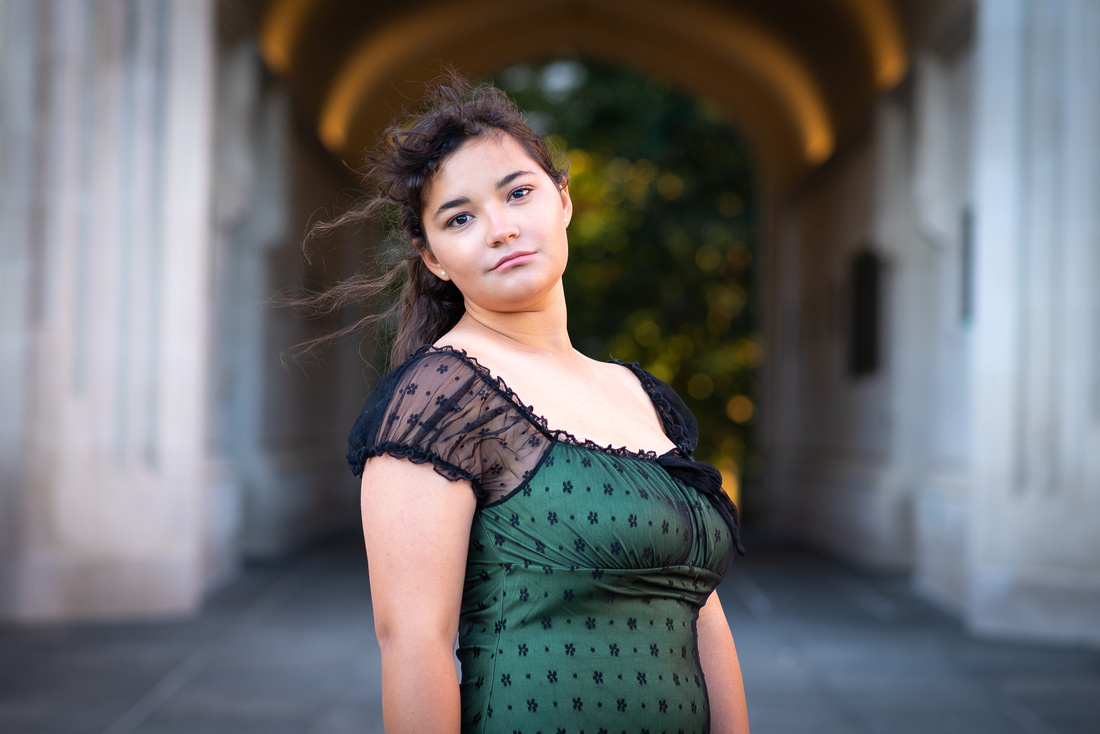 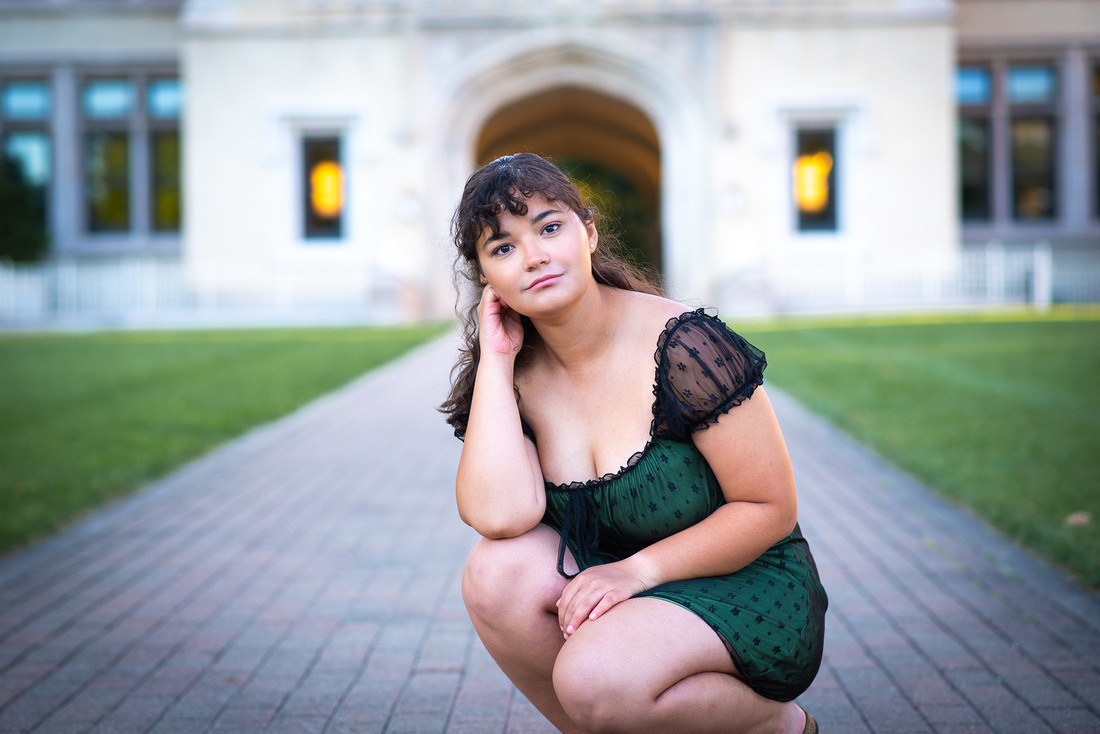 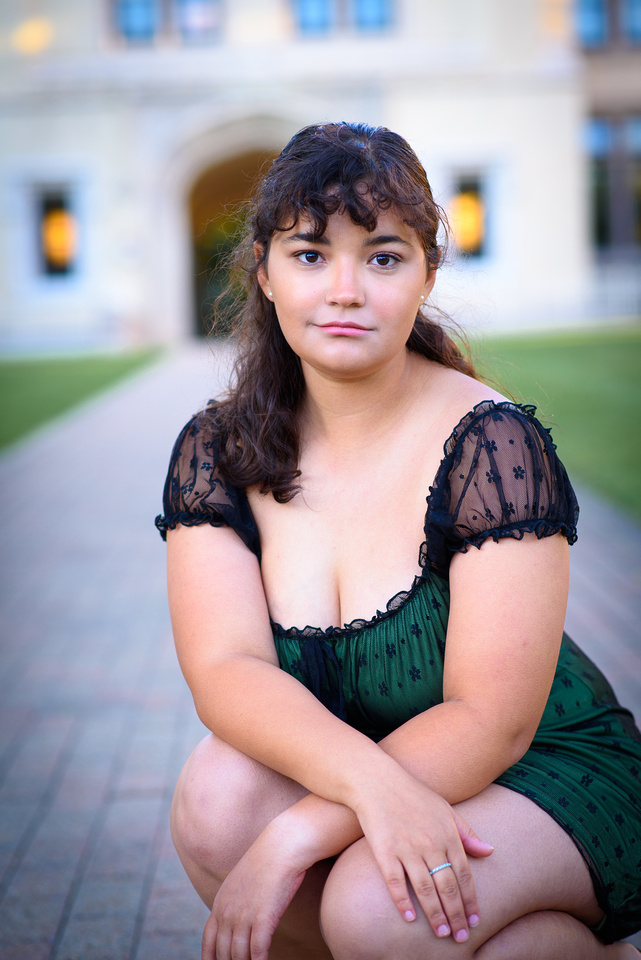 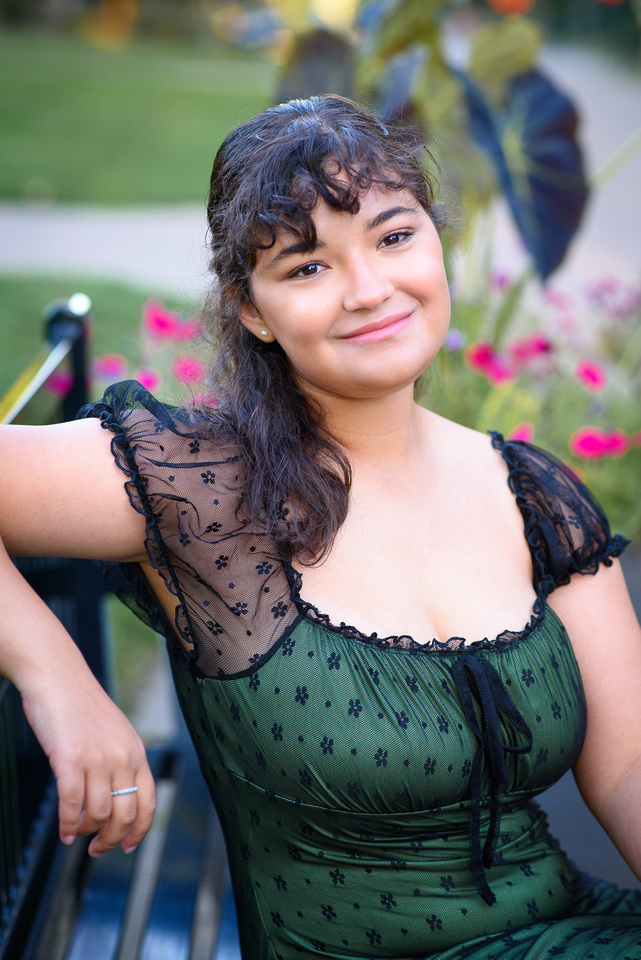 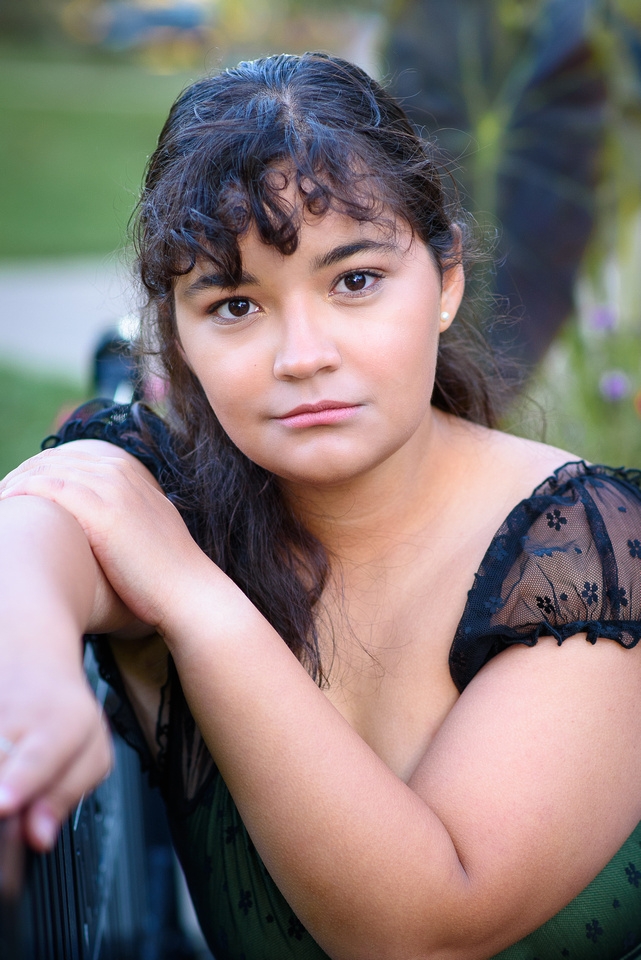 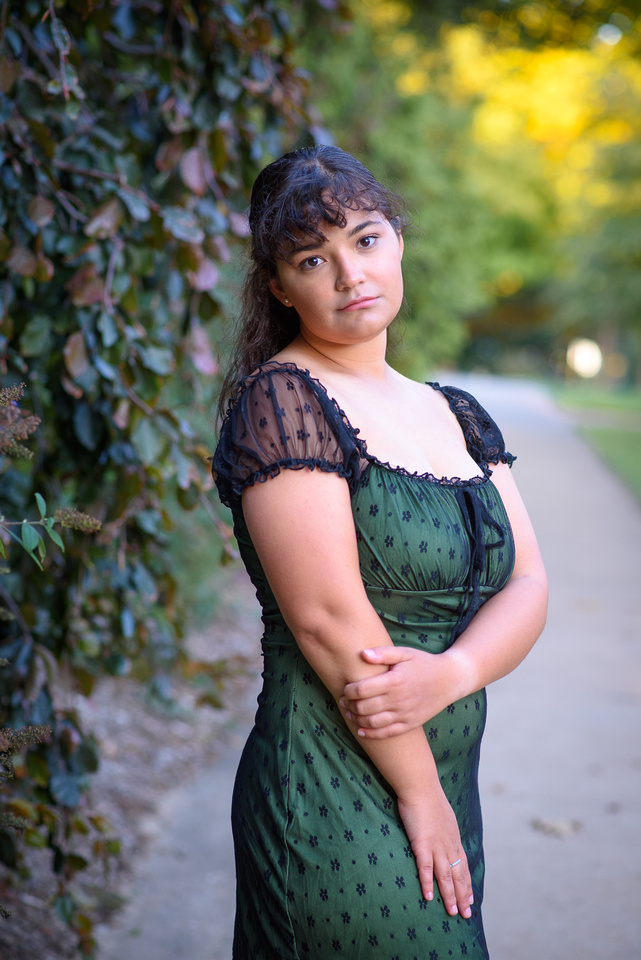 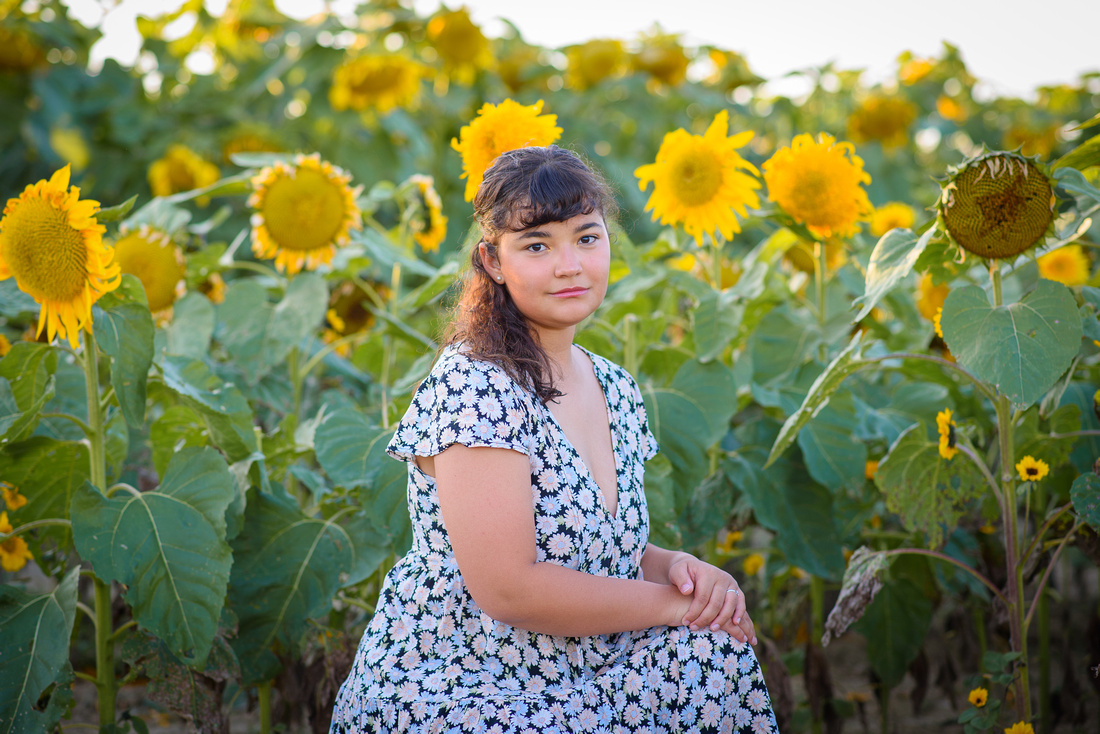 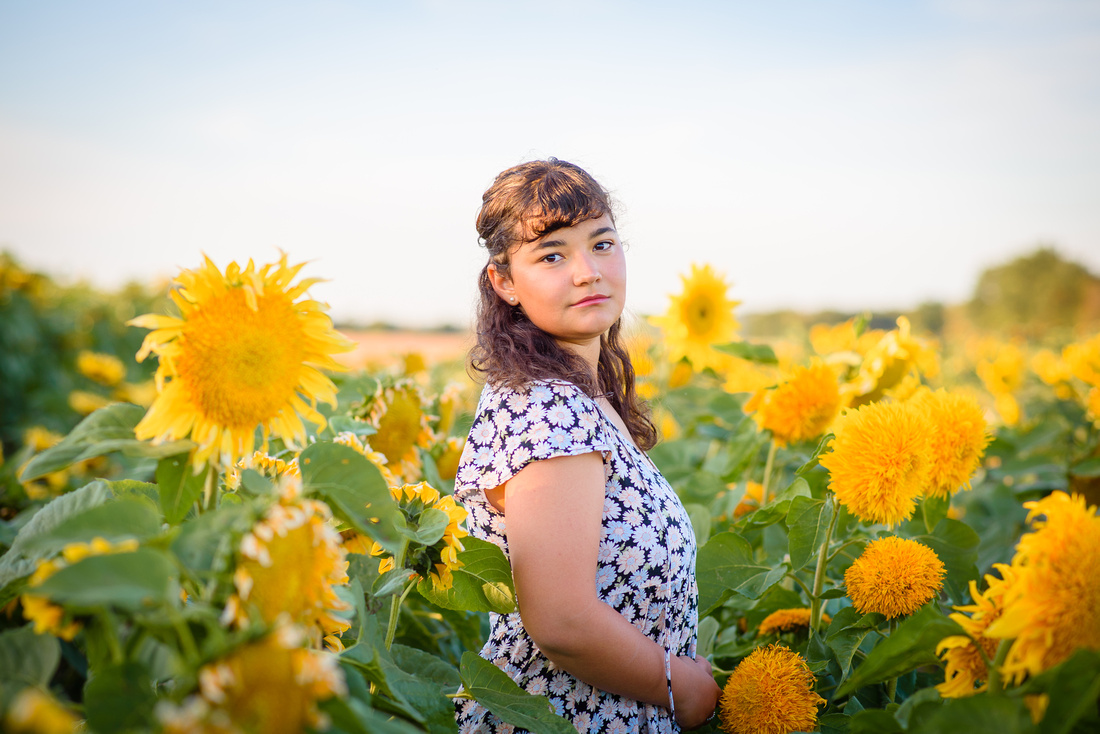 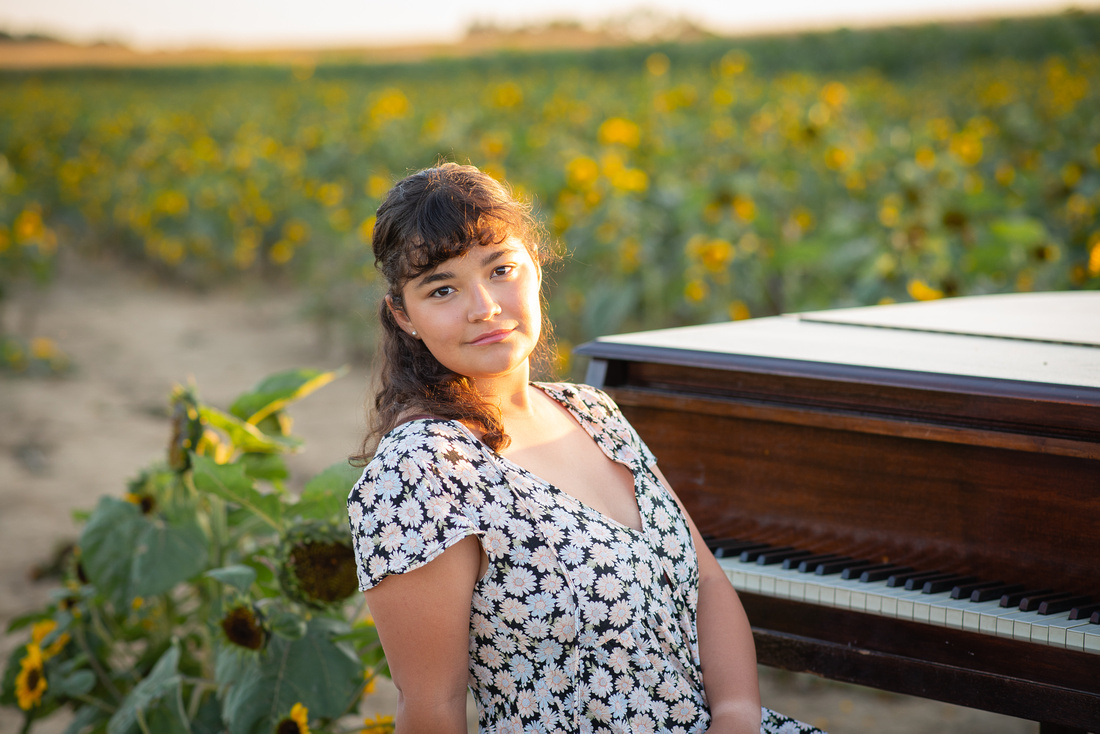 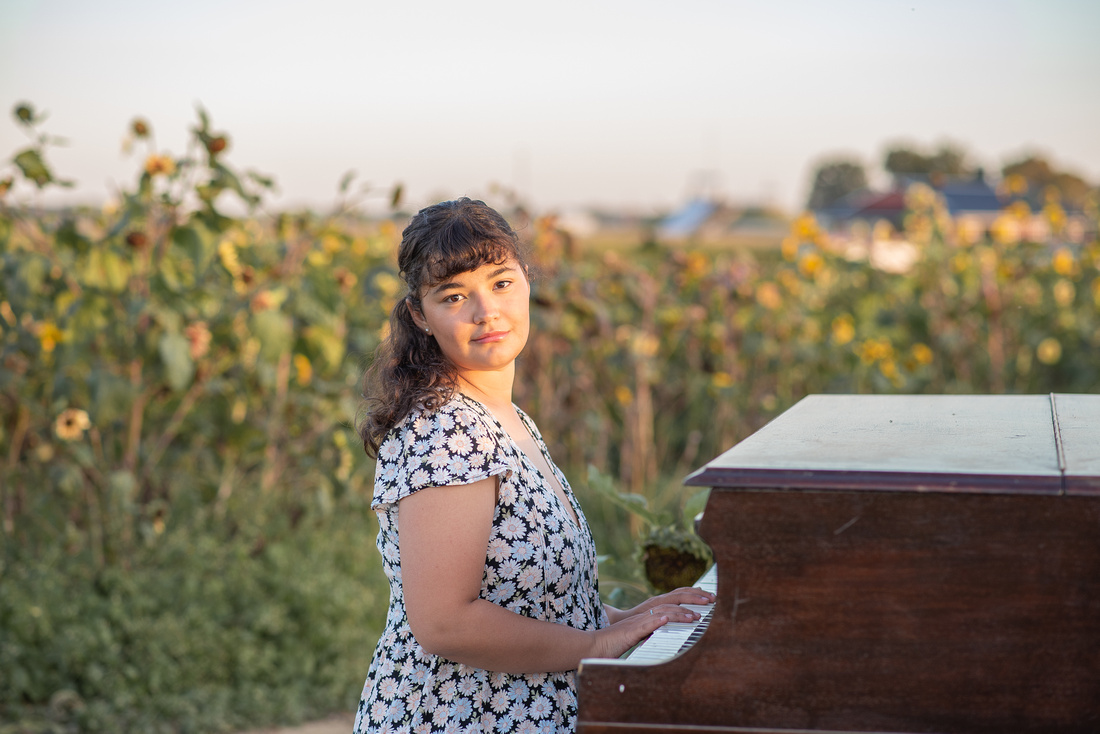 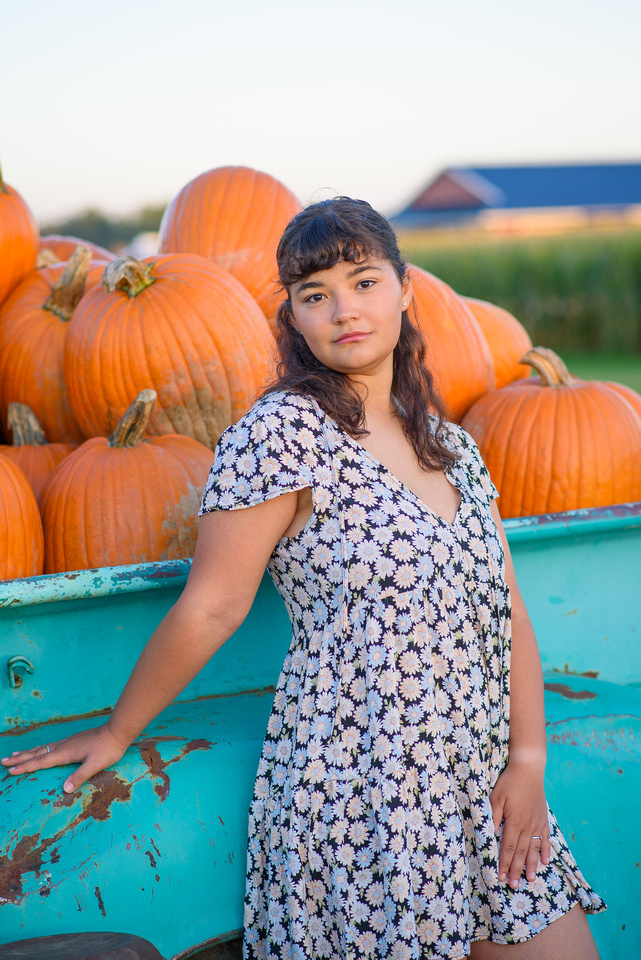 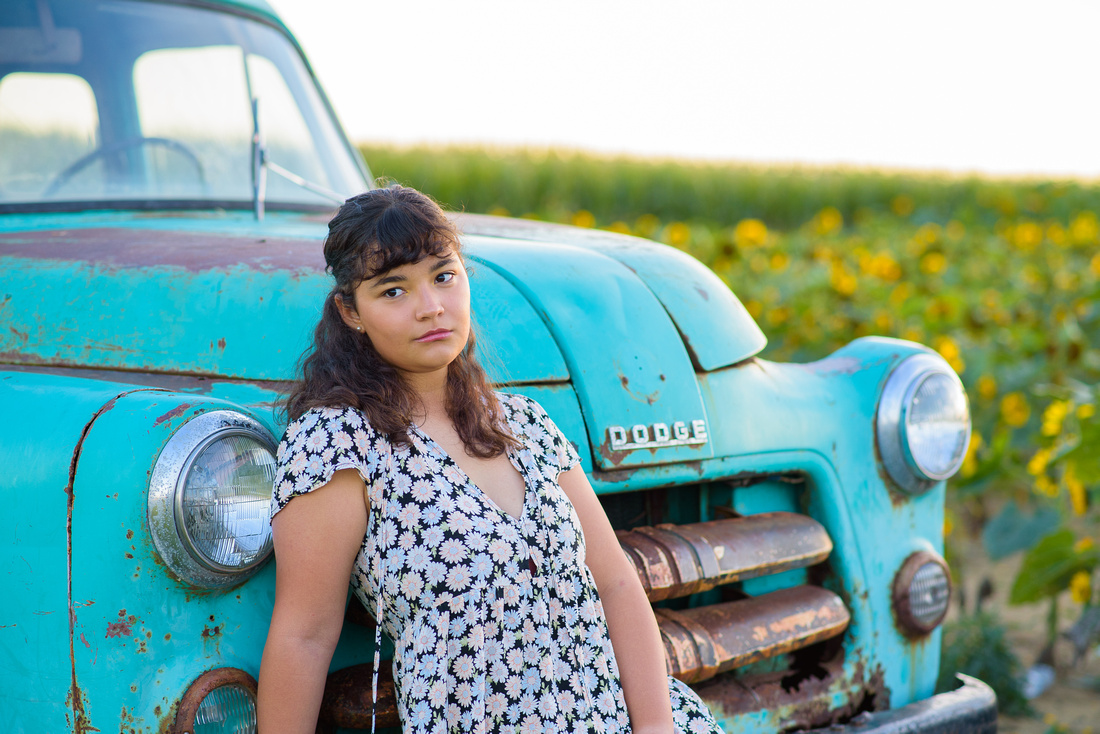 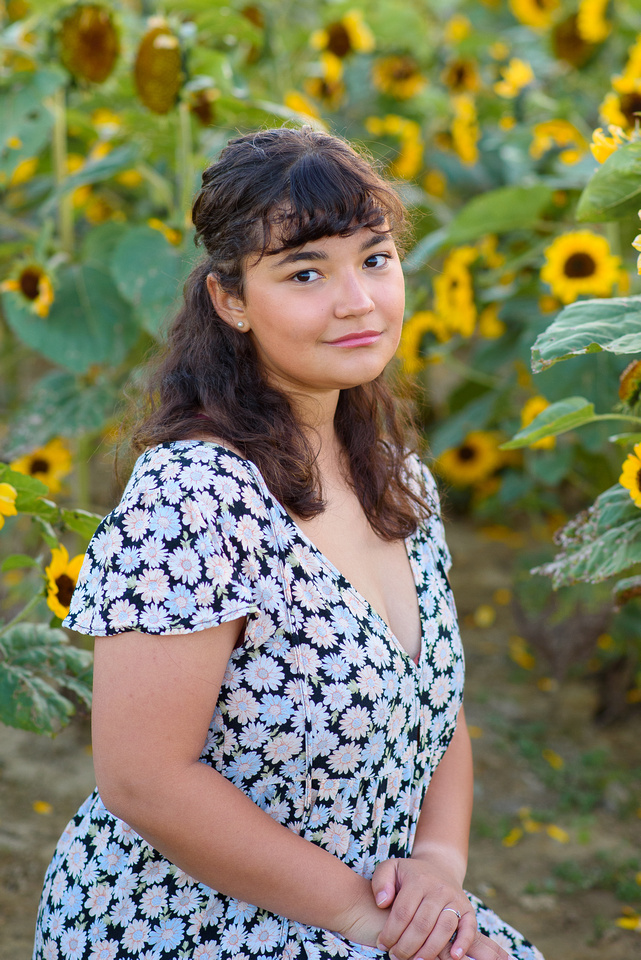 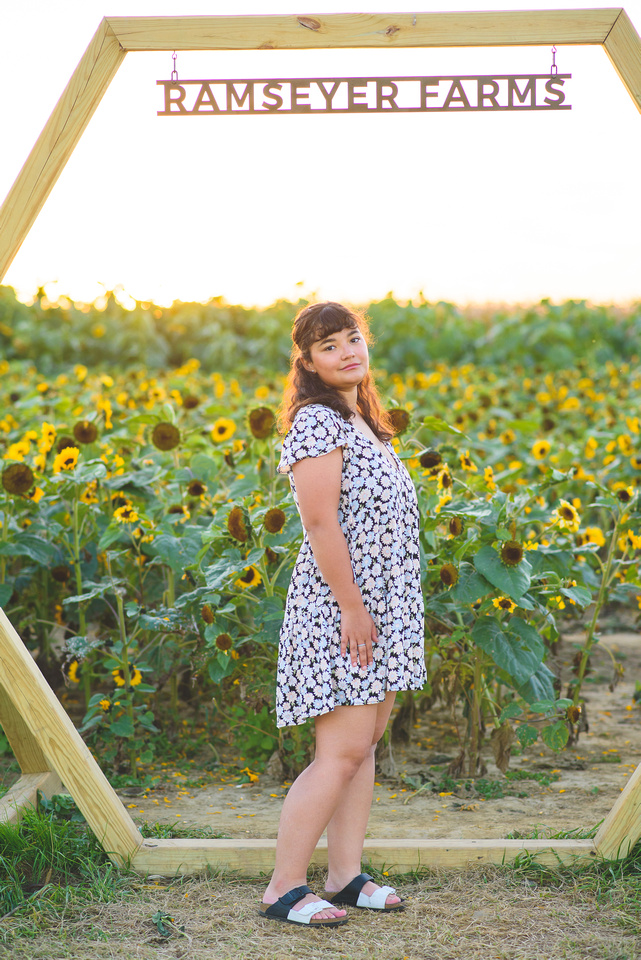